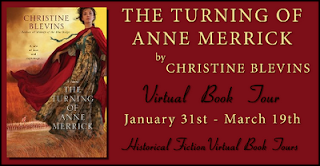 I'm so excited to be able to again host a stop for a very talented historical fiction author. Today we are returning with an informative and interesting guest post from Christine Blevins - the author of "The Turning of Anne Merrick" (see my review here). Christine is also giving one lucky reader a set of 18th Century paper goods complete with a quill pen (see below to enter). This set is one of the coolest prizes I've ever seen! Thank you so very much, Christine.

I love history, but am particularly drawn to stories involving insurrection, rebellion and revolution. Large or small, joyfully successful or dismally inept, these political cataclysms have all the stuff I look for in a great story.

“We have it in our power to begin the world over again.”

This sentence from Common Sense, by Thomas Paine (one of my favorite revolutionaries) sums it all up for me. It is perhaps ridiculously simplistic – the notion that we always have the ability to change – to begin anew.

And spanning time and culture, and for reasons religious, political, or economic, it happens – and often. Revolution. People rising up to say enough is enough. Some lead, others follow, but together they muster the strength to sacrifice and struggle in an effort make their world into a better place. The American Revolution is a prime example. 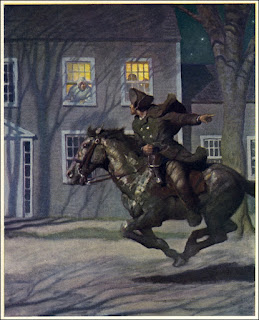 But not all rebellions end well. History is rife with examples of failed efforts. The Roman slave revolt was eventually squashed. Spartacus was captured and he, plus 6,600 of his followers were crucified on the Appian Way, their bodies left to hang for years as a warning to dissuade budding revolutionaries. Scotland’s Jacobite Rising in 1745 did not restore Bonnie Prince Charlie to the throne. The confederacy of Native American tribes in Pontiac’s Rebellion did not drive the British from their lands, or put a stop to colonial expansion. 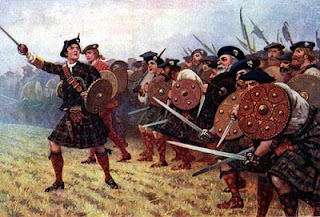 Revolution can also create strange dichotomies. The French Revolution propelled by cries of “liberté, égalité, fraternité” devolved into the Reign of Terror. Iconic Che Guevera is vilified as “the butcher of La Cabaña” by some, but he is also prayed to as “Saint Ernesto” by others. 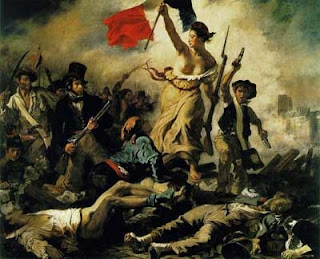 And even the revolutions that are deemed successful don’t ever seem to end in perfect solutions. The American Revolution created a radical form of self-governance based on a constitution that left women unable to vote and the slavery issue unresolved.

For all these reasons and many more, revolutions in both the distant and recent past persist as the basis for novels, movies, and even Broadway musicals. Within rebellion there lies a classic David and Goliath quality – the weak making a courageous stand against the mighty. Revolts inherently abound in conflicts where courageous heroes and martyrs face brutal, tyrannical oppressors, creating veritable petri dishes for adventure and romance to grow. Who can resist? 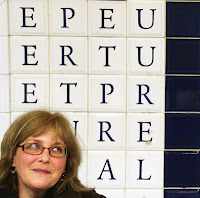 Author Christine Blevins writes what she loves to read – historical adventure stories. The Turning of Anne Merrick is the second in a 3-book series set during the American Revolution, and the companion book to The Tory Widow. A native Chicagoan, Christine lives in Elmhurst, Illinois, along with her husband Brian, and The Dude, a very silly golden-doodle. She is at work finishing the third novel inspired by a lifelong fascination with the foundations of American history and the revolutionary spirit.

18th Century Paper Goods – these sheets and envelopes are perfect for scrieving all manner of treason and revolutionary ideals. The bundle is supplied with a quill pen and wrapped for convenient stowing amidst your gear. 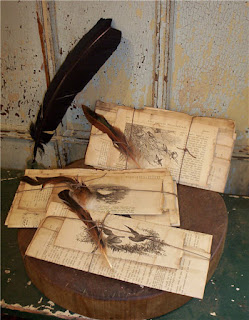 - Giveaway is open INTERNATIONALLY.
- To enter, please leave a comment below and include your email address (only comments with email addresses will be entered in the giveaway).- For +5 additional entries, be a GFC follower of Just One More Paragraph. Tell me if you are a new or old follower.- For +3 additional entries, join the Just One More Paragraph's Facebook Page.- Giveaway ends March 1, 2012
Posted by tweezle at 12:05 AM