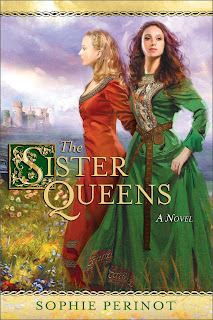 
Like most sisters, Marguerite and Eleanor were rivals. They were also queens.

Raised at the court of their father, Raymond Berenger, Count of Provence, Marguerite and Eleanor are separated by royal marriages--but never truly parted.


Patient, perfect, and used to being first, Marguerite becomes Queen of France. But Louis IX is a religious zealot who denies himself the love and companionship his wife craves. Can she borrow enough of her sister's boldness to grasp her chance for happiness in a forbidden love?

Passionate, strong-willed, and stubborn, Eleanor becomes Queen of England. Henry III is a good man, but not a good king. Can Eleanor stop competing with her sister and value what she has, or will she let it slip away?

The Sister Queens is historical fiction at its most compelling, and is an unforgettable first novel.

Told from each sister's point of view (alternating chapters)"Sister Queens" is well written and appears to be well researched. It does take some liberties in the romance department that I personally could have done without, but does make a point and does seem to have a place in the story.

I really don't know which sister I took a liking to more. As the story progressed, my feelings changed towards each of them. I think I grew along with them.

This very interesting novel brings to life Medieval history from the female point of view and makes me thankful that I was never the princess I wish I had been in my childhood fantasies!

Because of the sexual content, I would only Recommend this novel to the adult audience. 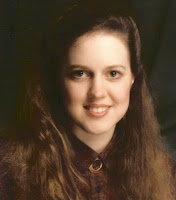 Sophie Perinot writes historical fiction. In Spring 2012 her debut novel, The Sister Queens, will be released by NAL. Set in 13th century France and England, The Sister Queens weaves the captivating story of medieval sisters, Marguerite and Eleanor of Provence, who both became queens – their lifelong friendship, their rivalry, and their reigns

Ms. Perinot has both a BA in History and a law degree. She left the law to pursue artistic interests, including writing. An avid reader, especially of classic literature, and life-long student of history, it seemed only natural that Sophie should write historical fiction. As someone who studied French abroad and a devotee of Alexandre Dumas, French history was a logical starting point. An active member of the Historical Novel Society, she has attended all of the group’s North American Conferences.

Active among the literary twitterati as @Lit_gal (a moniker she also uses at Agent Query Connect www.agentqueryconnect.com), Sophie is a regular contributor to the group writers' blog "From the Write Angle" http://www.fromthewriteangle.com. Find her on facebook at www.facebook.com/sophie.perinot.author.

This book was supplied by the publisher for participation in this blog tour. I was not required to write a positive review, but instead, one that gives my honest opinion.
Posted by tweezle at 12:05 AM