More Than I Could Ever Hope For 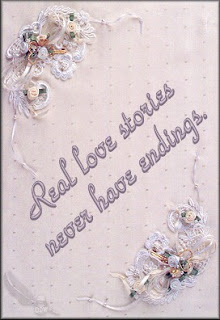 GOD has a way of putting surprises in our lives that we would never expect. As I continued to read the Bible and pray, my eyes were opened and I softened and began to really HEAR what He was telling me. I guess he must have decided I was receptive to His plan because He started implementing it well before I could see it happening.

Every once in a while, I would run into my ex-husband. We were always civil and decent to each other. If he found out I needed something like the car fixed or tech advice, he'd always offer to help. I always declined. He's my ex, so why would I have him continue to help me?! But one day, he made a point of driving to where I worked, just to check my car because of some odd tire wear. I couldn't believe he'd go out of his way just for that and for me, so I bought him dinner as a thank you.

As time went on, we would go out for dinner every once in a while, but in late fall, we started actually spending more time together, going to the movies, dinner and talking. Then we did day trips and all the while I was still reading the Bible and praying. I discovered in many places in Paul's books and especially 1Cor 7:10-11 that even though we are divorced, in the eyes of God, we are basically still married and should reconcile or never marry another. My ex came across the same thing.


10 And unto the married I command, yet not I, but the Lord, Let not the wife depart from her husband:
11 But and if she depart, let her remain unmarried or be reconciled to her husband: and let not the husband put away his wife.

This weighed heavily on our hearts and one day, it came out - both of us were contemplating the same thing. After many long discussions we decided we should reconcile. We will be getting remarried on our anniversary date!

Since this has been decided, I cannot tell you the peace we've both felt. Unfortunately, others around us are not so thrilled and have tried discouraging us. My closest friend, who is a Christian, believes that we are doing the right thing. She said she sees how we are together and how miserable we have been apart. She believes we needed the time apart to grow and see what is was most important - God. When God was lost in my life and I started listening to the ways of the world, I lost sight of things. How true this is! I needed the total breakdown and heartache to find what was most important.
Posted by tweezle at 12:00 AM No comments:

Life Is Full Of Lessons 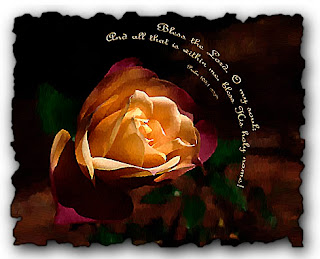 Life is full of lessons - some extremely difficult, some easy and some that take you totally by surprise. My last few years have been full of lesson - mostly difficult and some made me wonder if I was going to survive: However, I made it through, with the help the help of the Lord.

As you know, I was divorced 2 years ago, went to Australia to heal and came back to begin my life over. I found a part time job, an apartment and then life became more interesting as I looked for more work. I was carrying 3 part time jobs at one point last year and then found a full time job. Not the dream job I've always wanted it, but a good paying full time job in food services that has good benefits. Life seemed to be finally looking up. Then came the surprise.

Spiritually and emotionally, I was a mess. I tried hiding from God. My life was in shambles, I had broken my vow to be together with my husband forever, and I was really seeing myself as I truly was and not liking it one bit. So, like the child who took a cookie from the cookie jar when told not to, I hid from my Father. I didn't read my Bible, didn't pray, and stayed as far away as I could from Him. But it appeared He wasn't going to allow that at all. People would come to me and ask if I had a Church that I attended. I would say no and then be invited to attend theirs. I had one woman give me a book called "Jesus Calling: Enjoying Peace in His Presence" by Sarah Young and she kept telling me things about forgiveness and stated she knew I was haunted by what happened. I attended church a few times when I wasn't working and I began reading the Bible.

The healing that I needed finally came, but only after learning to forgive myself and learning to accept and like myself for who I am. With that came a change in me. I became a calmer, more peaceful and more loving and accepting person. I didn't notice it at first, but as I look back, I can really notice a difference. God has been very good to me. I now have everything need and more than I could ever hope for!

Male sure to come back tomorrow to find out what surprise blessing God granted me!