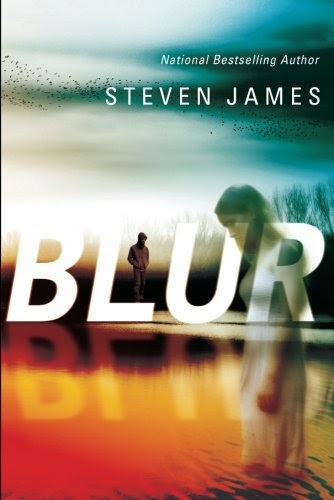 
The isolated town of Beldon, Wisconsin, is shocked when a high school freshman’s body is found in Lake Algonquin. Just like everyone in the community, sixteen-year-old Daniel Byers believes that Emily Jackson’s death was accidental. But at her funeral, when he has a terrifying vision of her, his world begins to rip apart at the seams.

Convinced that Emily’s appearance was more than just a mere hallucination, Daniel begins to look carefully into her death, even as he increasingly loses the ability to distinguish fantasy from reality.

What’s real? What’s not? Where does reality end and madness begin?

As Daniel struggles to find the truth, his world begins to crumble around him as he slips further and further into his own private blurred reality.

Full of mind-bending twists and turns, Blur launches a new trilogy of young adult thrillers from Steven James, a master of suspense.

If I had to sum up this book in one word, I'd choose "captivating". From the first page, "Blur" holds and air of mystery that continues throughout the whole story. Daniel Byers is a 16 year old that has lost one of his classmates, Emily Jackson, to an accidental drowning. He really didn't know her except for seeing her in school, so when things start happening to him that involves Emily, it not only shakes him up to the point of questioning his sanity, but he continues to question why. Why him since he really didn't know her?

This YA paranormal mystery was an interesting and captivating read. I sailed through it continually wanting (probably needing is a better choice of words) to know what would happen next. I also was pleased with the ending, as the story itself is finished - no cliffhangers here. Yet at the same time, it's left to let one know there can be more to the story. I appreciate that as I am not one that likes to be held in mystery for a year or so until the next book comes out, and then find I have to go back and reread the book before to refresh my memory.

If you enjoy mysteries, like paranormal stories and/or appreciate younger and impulsive characters, then you will certainly enjoy "Blur". This is definitely a trilogy that is worth considering and I'm excited to say that the next book, "Fury" is scheduled to be released in Spring 2015. I can't wait!

This book was supplied through the Amazon Vine Program for me to honestly review.
Posted by tweezle at 7:52 AM 1 comment: 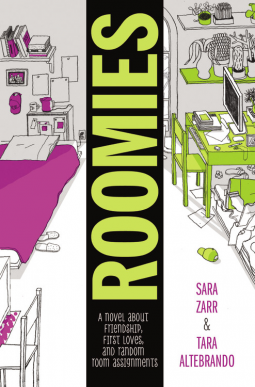 
It's time to meet your new roomie.

When East Coast native Elizabeth receives her freshman-year roommate assignment, she shoots off an e-mail to coordinate the basics: television, microwave, mini-fridge. That first note to San Franciscan Lauren sparks a series of e-mails that alters the landscape of each girl's summer -- and raises questions about how two girls who are so different will ever share a dorm room.

As the countdown to college begins, life at home becomes increasingly complex. With family relationships and childhood friendships strained by change, it suddenly seems that the only people Elizabeth and Lauren can rely on are the complicated new boys in their lives . . . and each other. Even though they've never met.

National Book Award finalist Sara Zarr and acclaimed author Tara Altebrando join forces for a novel about growing up, leaving home, and getting that one fateful e-mail that assigns your college roommate.

Roomies sounded like it was going to be a fascinating read and a book that would take me back to the summer just before I started college. I so wanted to go on a walk down memory lane and thought this would take me to that place when I received my letter telling me about my roommate and our summer "friendship".

For me, this book fell short. I really couldn't connect with either girl and I waited and waited for something to happen. It took me back and forth between the girls and I thought it would build up to something, but instead, just left me hanging. My thought was "I went through this whole book for NOTHING?!!!"

This did end as a cliffhanger and is certainly set up for the next book. Unfortunately, I'm not at all interested in finding out what happens now. I felt lead on and cheated with no resolution. Maybe it's because I'm an older reader and the younger adult would appreciate it and identify with it more.

Don't take my word for it. Head to your library and get a copy over the summer. I'd love to hear how you felt about this book and why.

I received a copy of this book from NetGalley courtesy of the publisher. I was not required to write a positive review, but instead, one that gives my honest opinion.
Posted by tweezle at 7:03 PM No comments:

To All The Boys I've Loved Before by Jenny Han - Review 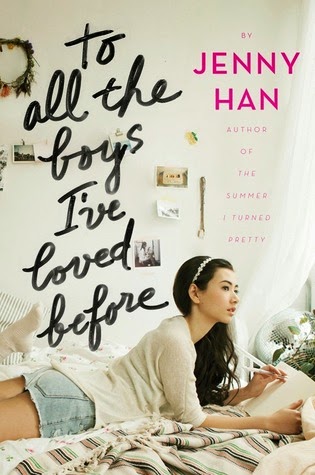 
To All the Boys I’ve Loved Before is the story of Lara Jean, who has never openly admitted her crushes, but instead wrote each boy a letter about how she felt, sealed it, and hid it in a box under her bed. But one day Lara Jean discovers that somehow her secret box of letters has been mailed, causing all her crushes from her past to confront her about the letters: her first kiss, the boy from summer camp, even her sister's ex-boyfriend, Josh. As she learns to deal with her past loves face to face, Lara Jean discovers that something good may come out of these letters after all.

I must be the odd one, because I really can't figure out why this book has received the high ratings and why book groups (like mine) are going crazy over it. For me, it was difficult to read. The main character, Lara Jean Son is a weak and sniveling girl that can't seem to figure out how to do things on her own. She's afraid of everything and she's basically helpless. It took everything I had not to toss the book aside but finally, after about 70 or so pages it began to pick up and get more interesting. Laura Jean starts to grow and learn things, and by the end of the book, I found that I was glad that I didn't give up reading it. This story redeemed itself enough that I might just consider reading the next book to see what happens to Lara Jean.
Posted by tweezle at 10:06 PM No comments: 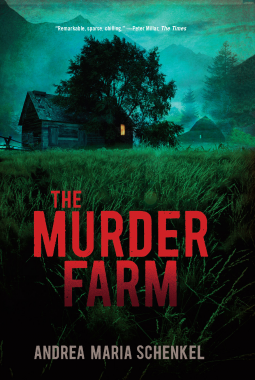 
The Times Literary Supplement said of The Murder Farm, “With only a limited number of ways in which violent death can be investigated, crime writers have to use considerable ingenuity to bring anything fresh to the genre. Andrea Maria Schenkel has done it in her first novel.”

The first author to achieve a consecutive win of the German Crime Prize, Schenkel has won first place for both The Murder Farm and Ice Cold.

The Murder Farm begins with a shock: a whole family has been murdered with a pickaxe. They were old Danner the farmer, an overbearing patriarch; his put-upon devoutly religious wife; and their daughter Barbara Spangler, whose husband Vincenz left her after fathering her daughter little Marianne. She also had a son, two-year-old Josef, the result of her affair with local farmer Georg Hauer after his wife’s death from cancer. Hauer himself claimed paternity. Also murdered was the Danners’ maidservant, Marie.

An unconventional detective story, The Murder Farm is an exciting blend of eyewitness account, third-person narrative, pious diatribes, and incomplete case file that will keep readers guessing. When we leave the narrator, not even he knows the truth, and only the reader is able to reach the shattering conclusion.

"Murder Farm" is unlike any other mystery that I've read. It starts with a farm scene and gives hints as what is really going on, then continues with interviews of people and finally you find out why you are being led down this path and what has happened and with an interesting conclusion.

I was fascinated with both the way the story unfolded and how I was fed things piece by piece until I saw the whole picture. By the time I was nearing the end, I couldn't put the book down and was reading it any chance I could get and sometimes it was only a page at a time as I tried to sneak it in between household chores.

I so want to tell more about this story, but I can't think how to without spoiling something. All I can say is this was a fascinating read and it comes highly recommended!!

"The Murder Farm" is a translation of the original book "Tannöd"


I received a copy of this book from NetGalley courtesy of the publisher. I was not required to write a positive review, but instead, one that gives my honest opinion.
Posted by tweezle at 4:55 PM No comments: