"LADIES AND GENTLEMEN, IT'S TIME TO REALLY MEET THE BEATLES.


For John Lennon, a young, idealistic zombie guitarist with dreams of global domination, Liverpool seems the ideal place to form a band that could take over the world. In an inspired act, Lennon kills and reanimates local rocker Paul McCartney, kicking off an unstoppable partnership. With the addition of newly zombified guitarist George Harrison and drummer/Seventh Level Ninja Lord Ringo Starr, the Beatles soon cut a swath of bloody good music and bloody violent mayhem across Europe, America, and the entire planet.


In this searing oral history, discover how the Fab Four climbed to the Toppermost of the Poppermost while stealing the hearts, ears, and brains of smitten teenage girls. Learn the tale behind a spiritual journey that resulted in the dismemberment of Maharishi Mahesh Yogi. Marvel at the seemingly indestructible quartet’s survival of a fierce attack by Eighth Level Ninja Lord Yoko Ono. And find out how the boys escaped eternal death at the hands of England’s greatest zombie hunter, Mick Jagger.


Through all this, one mystery remains: Can the Beatles sublimate their hunger for gray matter, remain on top of the charts, and stay together for all eternity? After all, three of the Fab Four are zombies, and zombies live forever. . . ."

I enjoy somewhat off-color humor, so I jumped at the chance to read this book. I was prepared to snuggle down with a fun story about zombie Beatles, but was disappointed. This book is done in an interview style, between a writer and each of the Beatles as well as other important people involved in the Beatles lives.

To be honest, I just couldn't "get into" the story. I didn't care for the interview style of writing. Why?  I'm one that will skim over interviews as I find most of them boring. That was my downfall as I want to curl up with a flowing story with setting, plot, descriptive scenes and characters. This was more like a magazine type interview including the bold names with their comments after.

The content was humorous and if one loves zombie based stories or the Beatles, you will probably really enjoy "Paul is Undead". There are definite chuckles and the illustrations are gross and giggle worthy. The book has "blood spatters" throughout and even includes some "news clips". 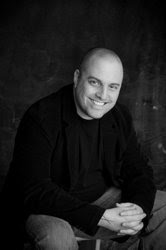 Novelist/ghostwriter/journalist Alan Goldsher is the author of the forthcoming Beatles/horror/humor mash-up Paul is Undead: The British Zombie Invasion (Gallery Books, June 22, 2010), as well as Hard Bop Academy: The Sidemen of Art Blakey and the Jazz Messengers, Modest Mouse: A Pretty Good Read, and the novel Jam. Midnight Movie, the novel he co-wrote with director Tobe Hooper ("The Texas Chainsaw Massacre") will be published in 2011. Written as A.M. Goldsher, his chicklit novels The True Naomi Story, Reality Check, and Today's Special were released in the U.K. and Marabout in France in 2008, with No Ordinary Girl to come in 2011.

Alan's sportswriting has been seen in ESPN The Magazine, ESPN.com, NBA.com, and ChicagoBulls.com, and he reviews books for Kirkus.

During his 10-plus years as a professional bassist, Goldsher recorded with Janet Jackson, Cypress Hill, and Naughty by Nature; toured the world with Digable Planets; and performed at the 1994 Grammy Awards.

Alan lives and writes in Chicago.


Book was supplied by the publisher for me to honestly review.
Posted by tweezle at 6:39 AM