Today's Author Spotlight guest post is by Garasamo Maccagnone, author of the literary anthology "My Dog Tim and Other Stories". Please make sure to stop back tomorrow as we continue the Virtual Book Tour with Mr. Maccagnone and a review of his new book.

My daughter turned sixteen today. Back when she was nine, she cajoled me into getting her a dog. Since I have bad allergies, for the years we raised her older brothers, we were petless.  The boys never really cared much for a dog. With Sophie, it became a relentless pursuit.


I’m not the first father to cave into a little girl’s tears and pleas. It wasn’t long after her tenth birthday that we brought home a puppy of a Japanese breed called Shiba Inu. Sophie named the dog Shira and it wasn’t long before the entire family, including Dad, fell in love with her.
The breeder we purchased the puppy from told us that the particular breed we had chosen would always have to be on a leash. The dogs are incapable of being trained to stay in a yard or any open area. If they’re not on a leash, and they see daylight, they bolt for freedom. Not even an invisible fence can set them back.
In six years, the dog has snuck out five times. In each case, my daughter panics while our entire family runs through the neighborhood looking for Shira. No matter how obedient she is at home, when she sees you chasing her, she completely ignores you and dashes off. What’s terrifying, is that in a couple cases, she ran across the main road that connects to our suburb. Only fate allowed her to survive. Two years ago, when she escaped, the young female driver had to brake and skid to avoid her. Once she stopped, she opened her car door and Shira jumped in the car and started licking the young lady’s face as she sat on her lap.
Just the other day, as I was writing in my den, something caught my eye as I swiveled to use the fax machine. There, in the window, I saw Shira, unleashed, squatting in our front yard. “Oh, crap,” I thought. When I shouted that Shira was outside my daughter jumped from the couch while my boys came racing downstairs prepared for the chase. When Shira saw us flying out the front door, she jammed it into high gear and raced off, easily getting two homes in front of us. As usual, my heart dropped, thinking the worst could happen, which of course would devastate my daughter.
Fortunately, a realtor, who was ready to show a home ten doors down, opened his car door. With only a second to see Shira running toward him, the man braced himself for her leap to his lap. Just like the last incident, Shira wasted no time in acting like he was her best friend as she spent a good thirty seconds or so washing the realtor’s face with her loving licks. Thank goodness he was another dog lover!
We now have Shira on a double leash. At fifty-one, I’m just too old to chase her anymore. 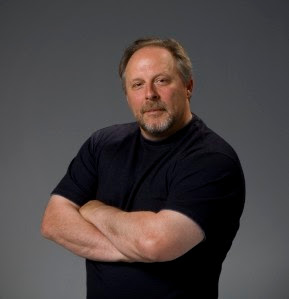 Garasamo Maccagnone studied creative writing and literature under noted American writers Sam Astrachan and Stuart Dybek at Wayne State University and Western Michigan University. A college baseball player as well, Maccagnone met his wife Vicki as a junior at WMU. The following year, after injuring his throwing arm, Maccagnone left school and his baseball ambitions to marry Vicki. After a two year stint at both W.B. Doner and BBDO advertising agencies, Maccagnone left the industry to apply his knowledge of marketing in a new venture in an up-and-coming industry. Maccagnone created a company called, “Crate and Fly,” and turned it from a store front in 1984 to a world-wide multi-million dollar shipping corporation by 1994.

In the mid 90’s Maccagnone decided to fulfill the promise of his writing career, by first penning the children’s book, The Suburban Dragon and then following up with a collection of short stories and poetry entitled, The Affliction of Dreams. His literary novel, St. John of the Midfield was published in 2007, followed by his For the Love of St. Nick, which was released in 2008. Maccagnone expanded the original version of For the Love of St. Nick and had the book illustrated for a new release in June 2009. My Dog Tim and Other Stories is a literary anthology of the author’s best work.

Garasamo “Gary” Maccagnone lives today in Shelby Township, Michigan, with his wife Vicki and three children. At this time, he is researching the location for his second novel, tentatively titled, He Lay Low.

You can visit Gary online at www.garasamomaccagnone.com
Posted by tweezle at 7:34 AM