I'm excited to be able to participate in Deborah Noyes "Captivity" Blog Tour.  Deborah has written a wonderful post in which she shares a bit about her new book "Captivity". Make sure to return tomorrow as we have a special treat in store. We will again be back with the tour and I will be posting my thoughts about "Captivity". The best part about tomorrow is - one lucky reader a copy will have the chance of winning a brand new copy of "Captivity"!!

Giving Up the Ghost (or… Not)

On one level, Captivity is a story about mourning, and I couldn’t have asked for a more appropriate moment in UK/U.S. history to set the story in.

Inspired by Britain’s Queen Victoria, the model “loyal” widow, the Victorians were masters of bereavement. After Prince Albert died in 1861, the queen mourned in virtual seclusion for years and wore black for the rest of her days. But even before Albert’s death, unsentimental ideas about death and grieving left over from ancient and medieval times — “Memento Mori,” “To everything a season,” “Death comes to all” — were being eclipsed by the Christian ideal of a happy Heaven where loved ones would be reunited. 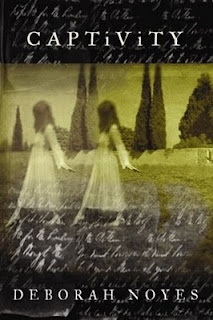 The Victorians saw mourning as key to a successful society. They wore their losses publicly, shunned pleasure for years, and enforced rigid stages of dress — from black crepe to black to gray to white and lavender — along with codes for when it was acceptable to wear jewels again or enjoy dinner parties. All but the abject were subject to these rites, even small children.

In the Antebellum period before the U.S. Civil War, older children wore black or crepe for six months after the death of a parent — three months of “full” mourning gradually followed by “half” mourning. Children under twelve wore white in summer and gray in winter. Even infants were trimmed with black buttons or ribbons.

Mourning warehouses — maisons de noir or black houses to the French —began to crop up in the 1840s to satisfy a demand for “black goods” and were the first department stores. The biggest, like the House of Jay in London, offered everything from hearses to the etiquette books that helped baffled families endure. One-stop shopping, indeed.

The Victorians even made a fashion statement out of memorializing their dead. Hair is intimate but hardy — it resists decay — and the bereaved, with help from an “artist in hair” on London’s fashionable Regent Street, could have it crafted into a locket, a watch chain, or a braided and tasseled necklace with a gold clasp. There were “swivel” brooches for pairing miniature portraits of the departed with locks of their hair, all encased in glass. There were ornate vials or “tear bottles” to collect and display one’s tears.

Things changed radically in the shadow of WWI. In light of the carnage, people came to see mourning like Queen Victoria’s as stubborn, morbid, or antisocial. The sooner you re-entered society the better; mourners should seek a return to normal life at once, “stay occupied,” keep their feelings to themselves. To grieve had become a selfish act.

We’ve seen other cultural shifts since then — from the backlash led by Elizabeth Kubler-Ross in the Sixties to the recent green and natural death movements — but no era has considered the problem of loss with as much intensity or creativity as the Victorians.

When you add to this context traditional lore about ghosts — they tend to be classified as the spirits of those who’ve died violently, or with unfinished business — it’s easy to see how a rational person like Clara Gill, one of the two protagonists in Captivity, might struggle to give hers up. 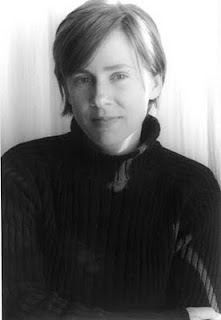 Deb writes for adults and children, and is also an editor and photographer. She earned a B.A. in English from the University of Massachusetts and an MFA in Writing from Vermont College. She has taught writing and literature at Emerson College and Western New England College, and was a Visiting Writer in Lesley University's MFA in Writing for Young People program. Deb lives in Massachusetts with her family.

If you'd like to learn more about Deborah, you can visit her website at: http://www.deborahnoyes.com/
Posted by tweezle at 1:36 AM