In this stunning novel, C. W. Gortner brings to life Juana of Castile, the third child of Queen Isabel and King Ferdinand of Spain, who would become the last queen of Spanish blood to inherit her country’s throne. Along the way, Gortner takes the reader from the somber majesty of Spain to the glittering and lethal courts of Flanders, France, and Tudor England.

Born amid her parents’ ruthless struggle to unify and strengthen their kingdom, Juana, at the age of sixteen, is sent to wed Philip, heir to the Habsburg Empire. Juana finds unexpected love and passion with her dashing young husband, and at first she is content with her children and her married life. But when tragedy strikes and she becomes heir to the Spanish throne, Juana finds herself plunged into a battle for power against her husband that grows to involve the major monarchs of Europe. Besieged by foes on all sides, Juana vows to secure her crown and save Spain from ruin, even if it costs her everything.

It takes a special author to bring a character to life - especially a famous figure from the past. C. W. Gortner is one of those gifted authors. From the first page, Juana of Castile comes to life and holds you captive as she reveals her life to the reader.

I must confess, I've never really known anything about Juana of Castile. By the time I had finished this novel, I felt like I knew so much about both the woman and the land. Mr. Gortner's descriptions made me feel like I was there, like I could feel the air and breathe the scents and feel the wind on my face. He also made Juana so real that he caused many feelings from anger and frustration to joy to sadness.What an amazing woman she was!

Like "The Confessions of Catherine de Medici", I found "The Last Queen" to be captivating and impossible to put down. Mr. Gortner has quickly become one of my favorite authors. His uncanny ability to climb into his character's head is astounding and leaves the reader both breathless and unable to forget the characters long after the book is finished.

I highly recommend this book (as well as "The Confessions of Catherine de Medici")!!!! 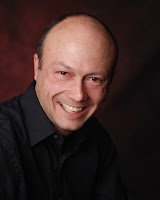 C. W. Gortner, half-Spanish by birth, holds an M.F.A. in writing, with an emphasis on historical studies, from the New College of California and has taught university courses on women of power in the Renaissance. He was raised in Málaga, Spain, and now lives in California.

"The Last Queen" was sent to me by the author for me to honestly review.
Posted by tweezle at 1:01 PM