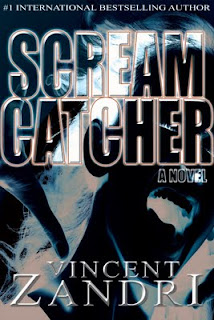 
This is how your life ends: Not with a whimper, but a scream!

Jude Parish is afraid. The former violent crimes cop turned bestselling true crime author has a fear-filled demon lodged inside of him. A demon so real he can only imagine a slimy reptilian beast with scaly skin, black eyes, and razor-sharp fangs having taken up residence inside the place where his once confident and fearless soul resided. Now, in the wake of his literary success, the ever anxious Jude is hoping to lead a quiet, peaceful life in the idyllic Adirondack vacation town of Lake George, New York with his new pregnant wife, Rosie, and Jack, his young son from a previous marriage. But when Jude becomes the accidental witness to a bizarre “kill game” in which the killer, video game designer and master of disguise, Hector “the Black Dragon” Lennox, insists on recording the screams of his victims prior to shooting them dead, the ex-cop’s life is turned upside down.When Lennox is arrested by the L.G.P.D. and Jude is asked to act as the state’s “star witness,” he has no choice but to fight his demon-fear and take on the role. But what he doesn’t realize at the time, is that the killer’s arrest is actually the first level in what is a carefully designed and scripted first-person video kill game that will involve his entire family as “players” and “victims.” How will the kill game...

Anyone that follows my blog will tell you that I adore Vincent Zandri's writing. His style will captivate you from beginning to end and will command you to continue to read long after you promised yourself you would stop.

This story centers around Jude Parish and his involvement with a killer who records screams of his victims before he kills them. He then uses those screams in his video games for realism. Jude has to save his family from the deranged killer before they become his next victims. Yes, books about video game killers have been done before, but Vincent puts such a twist on an old theme, you'll swear he invented it.

Scream Catcher is yet another Zandri book that you won't want to put down. This fast-paced mystery/thriller is so jam-packed with suspense, it will keep you on edge while you read and then haunt you well after you put it down!

If you haven't read anything by Vincent Zandri, now is the time to start. You won't be disappointed!! 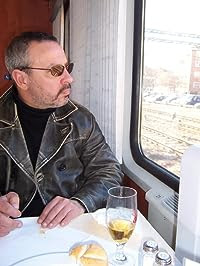 Vincent Zandri is the No. 1 International Bestselling Amazon Kindle author of THE INNOCENT, GODCHILD, THE REMAINS, MOONLIGHT FALLS, CONCRETE PEARL and the forthcoming MOONLIGHT RISES. He is also the author of the bestselling digital shorts, PATHOLOGICAL and MOONLIGHT MAFIA. Harlan Coben has described his novels as "...gritty, fast-paced, lyrical and haunting," while the New York Post called THE INNOCENT, "Sensational...Masterful...Brilliant!" In March, April and May of 2011, he sold more than 100,000 Kindle E-Books editions of his novels, and is rapidly closing in on the 200K mark all totaled. An MFA in Writing graduate of Vermont College, Zandri's work is translated into many languages including the Dutch, Russian and Japanese. An adventurer, foreign correspondent, and freelance photo-journalist for RT, Globalspec, IBTimes and more, he divides his time between New York and Florence, Italy.

To enter to win a copy of Scream Catcher, just fill in the Rafflecopter below. This international drawing runs until midnight January 9th, 2012 and is open to anyone over the age of 18.  Good Luck!!!

I received an e-copy of this book to read and honestly review.
Posted by tweezle at 7:19 AM