***Special thanks to Karen Arnpriester for sending me a review copy.*** 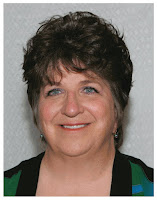 Karen Slimick Arnpriester is a creative, passionate and adventuresome woman. She raised her two children, adores her seven grandchildren and is now a foster mom of two young ladies. She has been a self-taught graphic designer for twenty five years and started her own business twenty years ago. Her faith in God is strong and she believes that we are Christ's hands, feet, arms and wallet. This translates into her involvement in youth ministries, local women's shelter, street ministry, the elderly, as well as many other outreaches over the years. Her home has been available to single moms and their children, allowing them to get a fresh start.

Anessia’s Quest follows the life of a woman born into dysfunction and neglect. The story takes you on her journey. A journey that begins with abandonment, abuse, and physical injury. Pagne (Pain) believes she is all alone, thrown away, but soon discovers that she is protected and guided by her guardian angel. A powerful relationship develops between this lost child and her loving protector that manifests as a unique method of communication.

Pagne encounters other broken people that become her family, friends and community. Her grace and compassion alter their destructive paths. She moves through her life unaware of the impact she creates, her purpose on Earth.

Her life is filled with tears, laughter, joy and heartbreak. She faces challenges that include ultimate betrayal, loss and shame. Challenges that are only bearable due to her trust and faith in heaven’s love and value for her. Love that is reinforced by her angel. She discovers the events that led to her mother’s indifference and neglect, and must decide how much grace she can extend to a woman she has hated for most of her life. The ultimate test of forgiveness.

When she faces her death, Pagne discovers the true value and power of forgiveness and love. She is shown how her life created ripples that spread into waves of glorious influence. She was not an accident, she was placed on Earth with divine intent.


IN THE HEAVENS
Psalms 91:11
“For he will command his angels concerning you to guard you in all your ways;”

WOW! I am at a loss for how to review this book. For me, this novel was an emotional roller coaster ride. I had so many feelings - strong feelings that surfaced as I read. The characters were amazing and so very, very real. The main character, Champagne, or Pagne as her mother referred to her, lived such a sad start in life of abuse and neglect. I had become so very attached to her character and everything in me wanted to save her. She was such an amazing child that grew up into an even more amazing person.

This story of neglect, abuse, loss, redemption, faith, and healing is marketed to the Christian audience, but honestly, I see it being enjoyed by everyone who loves a heart-touching story. It carries a real and personal quality to it that totally captivates the reader and is impossible to put down. (Note: Make sure to keep tissues handy)

Karen Arnpriester penned a truly amazing story and I can't wait to read more by this author! She is on my watch list, as I expect to see many more great books written by her.
Posted by tweezle at 7:24 AM