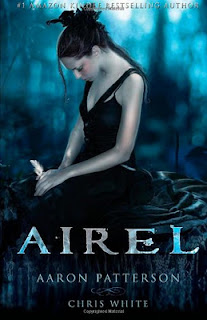 
All Airel ever wanted was to be normal, to disappear into the crowd. But bloodlines can produce surprises, like an incredible ability to heal. Then there's Michael Alexander, the new guy in school, who is impossibly gorgeous;and captivated by her. Somewhere in the back of her mind, she can hear the sound of pages turning, and another, older story being written.

It is the story of an ancient family, of great warriors, of the Sword of Light, and the struggle against an evil so terrible, so far-reaching, that it threatens everything. Airel knew change would be an inevitable part of life. But can she hold on when murder and darkness begin to close in and take away everything she loves? Will she have what it takes when the truth is finally revealed?

First, I must comment on the cover, because this is what made me want to read the book. Yes, I know you shouldn't judge a book by it's cover, but this one was amazing. The colors, the beautiful girl holding a feather and looking possibly heartbroken - how could I pass it up? The cover didn't disappoint, but really lived up to my expectation.

The storyline contains parallel stories with two different time periods and locations. The first takes place in present time Idaho and centers around Airel, who seems to be a perfectly ordinary teenage girl. The second takes place in 1250 BC in Arabia and focuses on a fallen angel named Kreios. Both stories seem unrelated at first, (although, because of the cover, you get the hint that they must related in some way), but they come together for a very interesting tale.

Airel met the gorgeous "new guy" at the coffee shop when she spilled her coffee. She felt a magnetism that can't be explained, but tried to shrug it off because it's not normal for her. As time goes on, Airel and Michael end up dating and their relationship developed into love very quickly. Certainly not normal for the average teen, but Airel isn't average...

Kreios lost his wife in childbirth and knew he had to protect the baby from those that were seeking him. He would do everything in his power to keep her safe...

I found both of these stories interesting and quite captivating. Although the relationship between Airel and Michael seemed to be to fast, when they first met in the coffee shop, the magnetism between both felt to me like they had known each other somehow or were connected somehow and that caused me to be intrigued and not look at the relationship as normal, but possibly destined.

The story with Kreios was sad for me. Knowing he was a fallen angel and giving up everything to spend time with a woman who died in childbirth was truly tragic. His character was one I could identify with.

As both stories merged, the pace of the storyline picked up and became even better. The ending was a complete surprise and really makes me want to get my hands on the next book in the series. Another surprise for me was this book was written by two authors, however, it never felt that way. I really couldn't find a change in style. However, there was a difference in how Airel's story was presented (first person) vs Kreios (third person).

This book contains suspense, romance, demons, and some action that will keep on on edge and guessing.

Although it is considered a young adult, I think it would be enjoyed by anyone, teen or adult, who enjoys stories about fallen angels.

Aaron Patterson is the author of the best-selling WJA series, as well as two Digital Shorts: 19 and The Craigslist Killer. He was home-schooled and grew up in the west. Aaron loved to read as a small child and would often be found behind a book, reading one to three a day on average. This love drove him to want to write, but he never thought he had the talent. His wife Karissa prodded him to try it, and with this encouragement, he wrote Sweet Dreams, the first book in the WJA series, in 2008. Airel is his first teen series, and plans for more to come are already in the works. He lives in Boise, Idaho with his family, Soleil, Kale and Klayton. 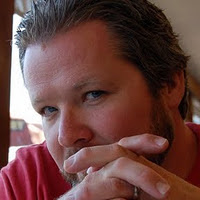 Chris White grew up living on an old San Francisco city bus that was converted to an RV, living in almost every state of the Union. He spent most of childhood learning how to make fast friends, reading books and doing heroic skids on his coaster-brake bike. He spent most of adolescence playing the trumpet and being a total nerd, building lots and lots of plastic models. He tried college for a couple years, but interrupted that with four years of service as an infantryman in the U.S. Marines. He finished college later, but the Marines taught him far more. He met his wife in Idaho and then spent six months in South Africa with her shortly after they were married. He’s tried being a truck driver, bicycle mechanic, executive recruiter, drummer in a rock band and call center robot, but he’s always, always been a writer—which he only just realized a few years ago. He has two boys and lives with his family in Idaho.

This book was supplied by the author for me to read and honestly review.
Posted by tweezle at 8:46 AM