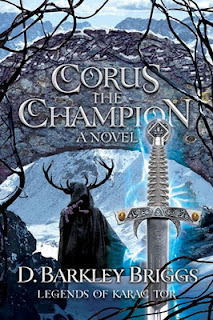 From his frozen fortress in The Cruel North, Baron von Gulag (a.k.a. Kr’Nunos) schemes and cackles with delight. His mighty Goth army is ready to be released. Also, though his plan to take control of Karac Tor by ruining the youth did not come to full fruition, an entire generation was critically led astray. Kr’Nunos knows that without leaders, character or strength, the land will fail, and no one will be strong enough to resist him. To complete the ruin of the land, his intent is to break down the final resistance of its greatest champion, Corus, whom he stole from the Fey. But all four Barlows boys—twins Gabe and Garret crossed over at the end of Book 1—are now working hard against him, with powers beyond his ability to corrupt or control. Gabe has begun the mastery of his surprising gift of Bird Speech, revered by the Highlanders, and Garret is learning to command the wind under the tutelage of none other than Merlin of old who has long traveled between the two worlds, and who, in ages past, brought Artorius the King to Karac Tor to rest and heal after he fell in the Battle for Breton.

But it is Ewan who will face the most difficult test as he and Sorge set out to rescue Corus from the clutches of Hel. Meanwhile, ancient destinies are rising from the ash heap of history, for a Champion must serve a King and the shameful betrayal committed by Corus’s famous ancestor must be atoned for. Will the Barlows grow as brothers and learn to live heroically? Maybe...if they can stay alive!

Can the second book be even better than the first? In the case of Mr. Brigg's "Legends of Karac Tor" series, I say YES!!

In Book 1 "The Book of Names" two brothers, Ewan and Haydn, found and went through a passage that transported them to another world in another dimension. They discovered they were there to fulfil a prophecy to help save that world from the evil that wants total power and control of the land. Book 1 sets up the stage for the rest of the series.

"Corus the Champion" picks up where Book 1 left off. You will need to read "The Book of Names" to fully appreciate what happens in the second book. It really is necessary as this IS NOT a stand-alone and is part of a 5 book series.

The story continues with all four brothers, Ewan, Hayden, Gabe and Garret, as they each discover they have different gifts and different purposes to fulfil the prophecy to free the land of Karac Tor. Each child has a destiny and each has to make their own decision to follow that destiny as well as what price they are willing to pay. We are also introduced to a few new characters: the Sleeping King, Merlin, Barsonici and the Champion - all very important to the story.

This series appears to be based on Arthurian, Celtic and Norwegian folklore and reads somewhat like a mixture of  Lewis's "The Chronicles of Narnia", Tolkien's "The Lord of the Rings" and maybe even Edding's "Belgarid Series" for good measure. Written from a Christian point of view, one can see the underlying influence throughout the storyline complete with lessons to be learned: forgiveness, faith, hope, sacrifice, loss, healing and love.

This is an amazing series that will appeal to young and old alike. The young will identify with the characters and their travels and the older will appreciate the underlying message and theme. Personally, I love the series and cannot sing praises loud enough. The Arthurian twist makes it even more fascinating, but it is the story behind the series that really gives it meaning and purpose. I can't wait to read the next in the series, "The Song of Unmaking". 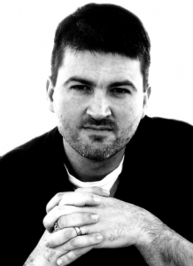 Dean Barkley Briggs has worked in radio, marketing, and new product development. He also pastored for eleven years. After losing his beautiful wife at an early age, Briggs decided an epic fantasy adventure might help his four boys live courageously through their loss. The five books in The Legends of Karac Tor is the result, with Books 1, 2 and 3 releasing Spring and Fall of 2011. Briggs has since remarried a beautiful widow named Jeanie, and now has eight amazing kids. Enter Karac Tor at http://www.hiddenlands.net/