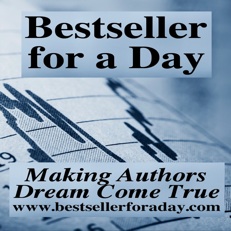 Today is Bestseller for a Day - a wonderful program that focuses on indie authors and gives them the recognition they deserve. Each month one book is featured for just one day. During that time, we strive to help boost the sales of that author and try to get that book to hit #1 on Amazon's Best Seller List. You know what that means for the author, but what does that mean for you? If you purchase the featured book, which has been reduced to only 99 cents , you are entered into some fantabulous drawings and you get some amazing reading on top of it! It's a win-win situation for everyone.

What do you need to do?
First, you need to go to Amazon and  purchase a copy of "In Leah’s Wake" today (August 17th).  Then, visit the Bestseller for a Day site and follow the instructions to enter to win a Kindle.

Terri is also having a contest and offering a $50 Amazon gift card to one lucky commenter that posts today   All you need to do is is answer the following question:

Do you enjoy literary fiction? Why or why not?


Terri will have an unbiased friend choose between all the comments sent in from all the sponsoring blogs and will pick the most interesting comment as the winner. I hope that the one chosen is one of my readers!

Make sure to answer the question and post your answer below with your email address so that you can be contacted if you win. Good luck :)

I had "met" Terri Giuliano Long when I was visiting the different blogs during the "Menage a Blog" Tour. She is not only is she a fantastic writer, but she is one of the most gracious people I had ever met. When I had the opportunity to sponsor her during this event, I couldn't say "YES!!" fast enough.

Terri wrote a great guest post for us. I had asked her about the main character, Leah, but she came up with an even better idea. I'll let her take it from here...

Rather than write a single essay, I chose questions readers often ask and answered those.

Why have you chosen to write about families?
Families fascinate me. My stories, while they differ, always tie back to the family, the ways we love, yet sometimes hurt one another, the grief, the sorrow, the revelation, the joy. We connect with family stories, because we’ve lived them. Readers often tell me In Leah’s Wake feels real and complex. They’ve been there, as a parent or a teen. They feel as if they know these characters and they care about them. Writing is a dialogue: we write; readers respond. Sharing that connection inspires me to write.
Are the characters real? Are they based on people you know?
This is a question typically put to literary writers. Because our characters feel real, readers often assume the story is autobiographical, that we’re writing about people we know. In the novel, Dorothy, who designed the bracelets Zoe buys, and Bob Sullivan, who owns Sullivan Farms Ice Cream, are real people– they graciously gave me permission to use their real names and I’ve done my best to capture their spirit. No other character is based on a real person. Like most writers, I borrow habits and physical characteristics from real people – for the runaway arm, I owe my youngest daughter, KK; my husband is a physical stand-in for Will. Family and friends notice similarities, which can result in embarrassingly inaccurate assumptions. I’m lucky: I have a good-natured family. They put up with my thievery and claim not to mind. 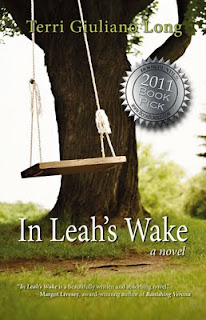 Which In Leah’s Wake character do you feel the most similar to and why?
The character quiz on my Website says I’m a Zoe. (Laughing.) I dislike conflict, so in that regard we’re similar. I like to think I’m less selfish, and more present, though I suppose you’d have to verify that with my family. Seriously, while I don’t indentify with any one character, part of me lives in all. I’m like the writer version of a method actor - when I write, I inhabit my characters. I reach down into myself and imagine – if I were this person, faced with this set of circumstances – what I would think or do.
This helps me to empathize and write with authenticity. While every character is flawed, no one is entirely good or bad. They all have good and bad traits. Yes, they make poor decisions, but they’re motivated by reasons that I hope readers relate to.
In Leah's Wake is a very honest novel. Was it difficult to write so plainly about complicated issues (troubled teens, first love, the parents' role in guiding their children)?
The common thread running through my work is that decent people, with the best intentions, sometimes do the wrong thing. This interests me. I want to know why. To figure it out, I create circumstances and suspend judgment. I wrote the first draft of In Leah’s Wake when our daughters were teenagers. We parents place tremendous pressure on ourselves – and each other – to raise perfect children. Those unrealistic expectations and judgments affect everyone, individuals, families and communities.
Teen rebellion, first love, and parental roles – these issues define us. Add this layer of pressure and our lives become harder, edgier. So writing was really a matter of skewing perspectives, imagining commonplace events through this particular lens, then giving the characters strong motivations and allowing the problems to play out.
You write from a teen's perspective. Was this in any way difficult?
Actually, it was fun. Leah sees things in such an offbeat, immature way. Yet there’s a nugget of truth in almost everything she thinks and says; she’s just not able, hasn’t had the experience, to see things clearly. She lives very much in the moment and she has no clue how situations will play out or how her behavior affects other people. Deep down she’s a good kid. She loves her family and she wants to get it right, but she wants to do it her way, without losing herself. I love that about her. If you write from your heart, if you empathize with your characters, it’s easier to get it right.
I actually found myself feeling bad for Todd. It was easy to not hate him too much. In fact I found myself imagining a back-story for him. You could have made him a lot more despicable. Was he a hard character to write?
Initially, if this says anything, his nickname was Thunder – my kids laughed at me, said I was weird.
Todd’s contractions made him interesting to create and write about. Again, Leah’s a good kid at heart. For her to fall for him, fall as hard as she does, she had to see some good in him. Despite the negativity, the problems their involvement creates for her and her family, he frees her; ultimately, this relationship forces her grow up. In the end, she is, or will be, a better, kinder, more generous and forgiving human being, having lived through this. Although the characters themselves would deny it, Todd has a lot in common with Will; that’s part of the attraction for Leah. As much as I wanted throttle Todd, for Leah’s sake I gave him respect - far easier, believe me, to do for a character in your novel than the jerk your real son or daughter drags home.

While her parents fight to save their daughter from destroying her brilliant future, Leah's younger sister, Justine, must cope with the damage her out-of-control sibling leaves in her wake.

Will this family survive? What happens when love just isn't enough?

My Thoughts
"In Leah's Wake" was so well written that I had to wonder if Leah and her family were based on a real family. The story captured the essence of family and how easy the whole unit can break down when one member doesn't cooperate and decides the rules no longer apply to them.

This story is powerful and gripping and one you won't easily forget. Its realism will shake any parent who has dealt with teens, because they can see themselves in the position of Leah's parents - when everything one attempts to do seems to offend and anger and ends up appearing as hateful to that teen.

I was memorized by the story and found it difficult to put down. it is a story about misunderstanding, hurt, addiction, wrong choices, peer pressure, anger, healing, love, forgiveness, and understanding. The whole story felt so life-like that I found myself completely wrapped up in the characters and their choices and had to keep reminding myself this was a novel and not a true story!

Make sure to pick up your copy today - you will be so happy you did!

Terri Giuliano Long grew up in the company of stories both of her own making and as written by others. Books offer her a zest for life’s highs and comfort in its lows. She’s all-too-happy to share this love with others as a novelist and as a lecturer at Boston College.
Her life outside of books is devoted to her family. In her spare time, she enjoys walking, traveling to far-flung places, and meeting interesting people. True to her Italian-American heritage, she’s an enthusiastic cook and she loves fine wine and good food. In an alternate reality, she could have been very happy as an international food writer.
Terri loves meeting and connecting with people who share her passions. Visit her on  Facebook: http://www.facebook.com/tglongwrites or Twitter: @tglong 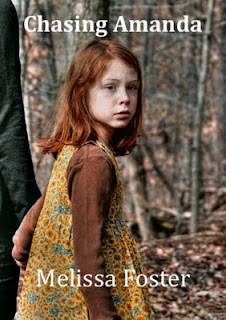 While you are at Amazon, you might want to have a look at the four other partnering authors who have also dropped their book prices  to just 99 cents as well:

I received an e-copy of "In Leah's Wake" for my honest review.
Posted by tweezle at 12:30 AM

Email ThisBlogThis!Share to TwitterShare to FacebookShare to Pinterest
Labels: Bestseller for a Day, family, fiction