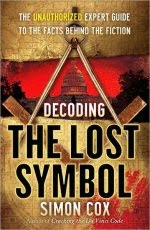 From the back of the book:

Secret Societies . . . Forgotten History . . . Conspiracies . . .
From the bestselling Dan Brown expert, a guide to the fascinating and mysterious world of The Lost Symbol

Dan Brown's new novel once again features Harvard symbologist Robert Langdon, this time in the United States, racing to uncover clues and crack codes involving secrets that are perpetuated to this day. But how much of the novel is true and what is pure fiction? Simon Cox, bestselling author of Cracking the Da Vinci Code and Illuminating Angels & Demons, offers the first definitive guide to all the mysteries featured in The Lost Symbol.

Based on extensive research, this A-to-Z guide lists the real people, organizations, and themes features in Dan Brown's latest novel, explains their histories and their meanings, reproduces and analyzes the symbols themselves, and provides insider knowledge gleaned from years of exhaustive study. From the monuments of Washington, D.C., to the secrets of Salt Lake City and the hidden enclaves in Langley, Virginia, Cox knows where the facts are hidden about the Freemasons, Albert Pike, the Rosicrucians, the Founding Fathers, and more.

This is the only resource you'll need to understand and enjoy the complex new world of The Lost Symbol.

Robert Langdon is one of my favorite characters. What's there not to like? He's smart, considerably good looking and he loves art. Most of all, he seems to enjoy a good mystery. Dan Brown is the writer that can create that good mystery and can keep Robert and the rest of us guessing what happens next. Brown's books are more in depth than what they appear. The amount of history and research that goes into them is amazing, and what Brown does with it is even more amazing. Sadly, much of that can get past the average reader. When finished, many just move on to the next book, not realizing how much symbolism the book contains and how many red herrings were missed.

Decoding the Lost Symbol is a must read for anyone that has read The Lost Symbol. Even those that haven't read it, can benefit from all the fascinating information that is contained in this book. Simon Cox made the book easy to use, listing things featured in the novel. It contains information about the Philosopher's Stone, Herehom, Aleister Crowley, to name a few, plus beautiful color photos and illustrations. Cox goes in depth and explains how these all connect with Langdon in the novel. 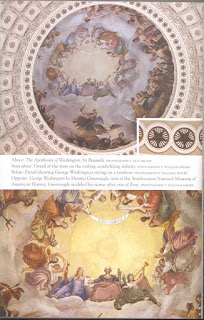 I was fascinated with this book, and I know I'll be turning to it more than once, not only because of the novel, but because of all the fascinating information that it holds. This is the perfect addition to any library. I highly recommend this book to not only Dan Brown fans, but anyone interested in history. The book also has an extensive bibliography that will please and intrigue anyone interested in pursuing a deeper look into history. 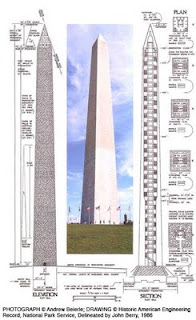 I don't read much non-fiction. I simply don't have the time, and when I do, its not generally from the "thriller" genre. So how come I have written three guide books to three thrillers? The answer is simple. Dan Brown. What Brown has managed to do brilliantly within the framework of his novels, is weave facts and fiction seamlessly together in a coherent and logical way, the like of which is rarely seen. I'm not saying its all perfect -- indeed, as I point out in my guide books, some of his factual research leaves much to be desired -- but he does have an uncanny knack of being able to hit the zeitgeist of the moment when it comes to historical themes and ideas.

Brown seems to follow certain pre-set rules within his Robert Langdon based novels. Generally there is a religious element and this element is stacked up against a scientific element. Then there are the codes and clues -- mainly left within an historical framework -- mathematical conundrums being a favorite of Mr Brown. Finally there are the secret societies that seem to be the glue that holds the stories together. In The Da Vinci Code, we see an exploration of the sacred feminine and an alternative life of Christ. In Angels & Demons, the very heart of Christendom, the Vatican is central to the story and in The Lost Symbol Brown takes it all a step further as he espouses the ideals of deism and universal godhead. Essentially what Brown has written are three books that have woven between them a central theme of tolerance to all faiths, but above all, an acknowledgement that faith plays an essential role in the development of mans consciousness and being. As a historian, I can attest to the fact that this mantra was crucial to most if not all ancient cultures. In this respect Dan Brown is carrying on a long standing tradition.

The Lost Symbol is at first glance a less remarkable book than its predecessor, The Da Vinci Code. It seems to lack the one major hook, the heart in mouth fact that suddenly makes gasp out loud as you read the page. However, this book is a slow burner. Its message of tolerance and universality is not at first obvious -- but the more you read and digest the message within the pages, the more you realize that this time 'round, Brown has a clear and decisive meaning that he is trying to get across. When I first saw this I was aghast. A novelist trying to change the way the world thinks from inside a story of chases and code breaking. But then, think about it. Brown has an audience unlike any novelist ever has. The Lost Symbol was awaited as if it were the harbinger of a new messiah after the enormous success of The Da Vinci Code -- some eighty million people the world over had become instant fans of his writing -- he had an audience who patiently waited for every word on every page. What better way to change the world.

It remains to be seen if the book will have any effect at all. Its early days yet and the response, though swift in sales, has been less than that of The Da Vinci Code. However it is to be remembered that The Da Vinci Code itself was very much a slow burner of a book at first -- not really exploding until some time after its launch. I have attempted to give a clear and easily understandable view of where Mr. Brown researched his facts and what parts of his book are fact and what fiction. It was a writing exercise that I really enjoyed, just as I had with the other guides. Decoding The Lost Symbol is a book that I am very proud of, especially given the incredible time constraints that I was under -- it was fun to do and fun to write. I hope you will enjoy it too, should you choose to pick it up and should you choose to explore some of the themes and ideas within The Lost Symbol itself. I encourage debate and criticism and can be contacted via my website at: www.decodingthelostsymbol.com.

Copyright © 2009 Simon Cox, author of Decoding The Lost Symbol: The Unauthorized Expert Guide to the Facts Behind the Fiction

Author Bio
Simon Cox, author of Decoding The Lost Symbol: The Unauthorized Expert Guide to the Facts Behind the Fiction, was the founding editor in chief of the successful newsstand magazine Phenomena. Having studied Egyptology at University College London, he went on to work as a research assistant for some of the biggest names in the alternative history game, including Graham Hancock, Robert Bauvel, and David Rohl. He splits his time between Britain and the United States.


Book, author biography and photos were provided by FSB Associates. Thank you, Anna for allowing me to read and review this fascinating book!