I Should Be Ashamed To Call Myself A Woman 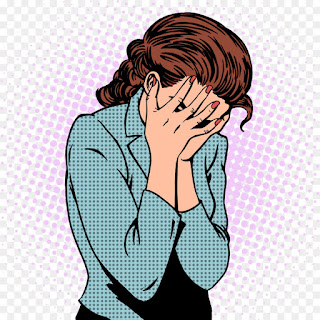 I recently worked at a very well known university as a Dining Hall Worker. It's a physical job, but one I enjoyed. I had contact not only with the employees at the dining commons, but I also worked with student employees and had contact with the general student population. Sometimes I served them and sometimes I cleaned up after them. The job was good and so was the pay.

When I was hired, I went through all types of training and one was about diversity and tolerance. We have many international students and students with diverse backgrounds. I had no problem with the idea of respecting other's thoughts, ideas and beliefs. That's what makes the world interesting!

I enjoyed learning about other's cultures and hearing about families as well as their religious upbringings (and at times lack of). It made me more aware and thankful for my salvation. As much as I wanted to share things about my beliefs, I was not allowed to discuss them or politics. That was a fire-able offense. Although if someone asked, I was very happy to share. That's how I found out I should be ashamed to call myself a woman.

I was washing dishes in the commons' kitchen, when a student employee started a conversation about feminism. She turned to me and asked, "You're a feminist, aren't you?"

I shook my head and answered, "Far from it."

She gasped and then started talking very loudly and became very condemning. She said I was working, so I must be a feminist. But I told her there were situations that forced me to work. She became louder and said I was a hypocrite. I agreed with her. That appeared to make her angrier. This began drawing a large crowd of students and employees. The students stood with eyes wide and mouths gaping and one of the employees tried to tell everyone that this is the great thing about being diverse and tolerant - we can have differences of opinions and still discuss them. He was worried that this discussion may get me reported and fired.

I didn't raise my voice and only answered when she asked questions. She screamed of tolerance and equality and how as women we need to stick together and fight for each other. She went on to say that  I should be ashamed to consider myself a woman since I'm not helping female equality, but one that has backwards beliefs. I was stunned at how much anger and intolerance flew out of her mouth! She spewed so many foul words and she became louder and louder while doing so. If she tried to win points with her fellow student workers, she didn't. They appeared to be disgusted and after she walked out, many came to me and apologized for her.

I learned a lot that day. I found that tolerance from certain people with special interests, only seems to go one way. I also found that the college will stand behind that person with a special interest and no behind the Christian. Hence, I must tolerate the beliefs of others, but they are allowed cut mine up into pieces and put me down. As much as I loved my job and the people I worked with, I don't miss the double standards.
Posted by tweezle at 10:48 AM