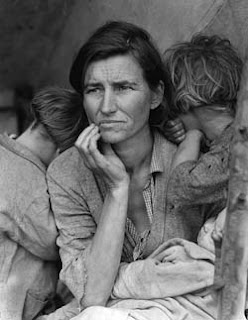 Menopause.... a thing I heard about some, usually in jokes, but never discussed. Because it was never discussed, I had no idea what to expect and that discussion could have prevented lots of heartache, pain and frustration. I have decided to tell my story, with hope that it may help someone else.

My mother died when she was 56 and had a hysterectomy at 36, so I never witnessed menopause in my immediate family. So when I entered this new phase of my life, I had no idea what would happen. I had no older female in my life that could tell me that I wasn't going crazy. No one to explain the moods or feelings I was having. There was no one. Every older woman I was close to or would trust with the feelings I was having, died. My life, my sanity and my marriage were in shambles and I had no idea what happened or why.

In my late 40's was having crazy periods. For more than two years, they were extremely heavy and clotty. I was told that I was pre-menopausal and it was normal. When I was 50, they slowed down, stopped, and I had spotting from time to time. When I was almost 51, I caught the flu, became very ill and ended up with bronchitis. I was so sick and ended up losing 25 pounds in a month. Right after that, I found I couldn't sleep. I'd go 24-48 hours with no sleep, then I'd get a couple of hours the next night, and I'd be back awake for another 24-48 hours. I moved to the living room couch so that I wouldn't disturb my husband.

Night after night, I'd be awake and to pass the time, I'd be online playing games and chatting with people all across the world. There were hot flashes mingled in this mess, but I didn't realize it since it was summer.

With no sleep, came the crazy thoughts, wild moods and depression. It started arguments and strife in our home. Finally I went to the dr. to find out if I had a brain tumor or was just going crazy. He smiled, patted me on the shoulder and said it was just menopause and it will pass. I was having a little more difficulty because of the severe weight loss from my illness and more hormones being released more quickly.  I was told to take some melatonin for my sleeplessness and relax. No real help there.

By that time, our communication at home was bad. My husband never saw the effects of menopause on any of his family either, so he didn't know what to expect and thought I had decided I didn't want to be married to him any longer. I was sleeping on the couch and was online all the time. He asked me to go to counseling, but I refused. I didn't want the counselor to blame all on me. Besides, I asked him earlier to go and he refused, so I was just getting even, or so my crazy mind told me.

Well, things spiraled out of control. I got paranoid, thought he was having an affair and the melatonin didn't help. Things got worse because of the hormones and lack of sleep. Sadly, my marriage didn't survive, my adult children were heartbroken and I ran away to another continent to sort things out.

I came back, became employed, got my own apartment and finally, FINALLY turned my focus back to God. The Lord helped me heal as I started to read my Bible again. When everything happened, I tried to hide from the Lord because I failed so miserably. I ruined so many lives and my own marriage - something I treasured more than anything. When I finally surrendered, went to Him in prayer and accepted everything that I had done, I felt a weight lifted. I then started to read my Bible, and took a challenge to read all of Paul's books once a month for 12 months. That was 3 chapters a day. That challenge changed me.

The best part is, the Lord not only healed me, but brought my husband and I back together. We remarried and life has been amazing since. We don't take things for granted any more and more importantly, we keep God at the center of our marriage.

I don't remember all the craziness of what happened for about 2 years, so much was like I was in a fog. My husband will tell me things that happened and honestly, I don't remember much. There's so much to this story, but I won't bog you down with details, as this is so long as it is. I do thank you for sticking to the end, and I pray that my story may possibly help someone who didn't have some to turn to.

If you need someone to talk to - I am here and would be happy to help. God Bless~