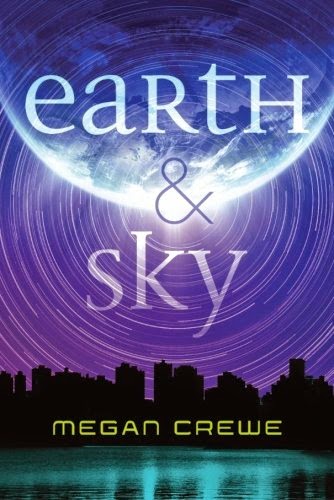 
Seventeen-year-old Skylar has been haunted for as long as she can remember by fleeting yet powerful sensations that something is horribly wrong. But despite the visions of disaster that torment her, nothing ever happens, and Sky’s beginning to think she’s crazy. Then she meets a mysterious, otherworldly boy named Win and discovers the shocking truth her premonitions have tapped into: that our world no longer belongs to us. For thousands of years, life on Earth has been at the mercy of alien scientists who care nothing for humans and are using us as the unwitting subjects of their time-manipulating experiments. Win belongs to a rebel faction seeking to put a stop to it, and he needs Skylar’s help to save the world and keep the very fabric of reality together. Megan Crewe’s latest tale takes readers on a mind-bending journey through time with a cast of unforgettable characters.

Skylar is 17 and has always had the strange feeling around certain places or things that something is wrong. These sensations are at times so terrible that she ends up sick or really "out of it". When she meets Win, she finally finds out that these feelings aren't because she is crazy but because they are real and she finds out why and the truth behind them and what she has to do because of them.

Skylar is an interesting girl and Win... well he's just adorable on so many levels. Their partnership, although unlikely at first, ends up being one in which they both need - some for the same reason, some for different reasons.

This is a great young adult sci-fi time travel adventure/romance that will keep the reader engaged from beginning to end. It is quite fast paced with an unusual story line and a little mystery thrown in. This is a clean read with a few off-colored words and the romance is clean with some kissing.

Although marketed to young adults, Earth & Sky should appeal to anyone who enjoys time travel and a strong young female protagonist. One word of warning - this book is the first part of a trilogy, so the ending is going to leave you wanting more!


This book was supplied through the Amazon Vine Program for me to honestly review.
Posted by tweezle at 10:07 AM