I am so very pleased to have been able to have the chance to interview one of my favorite authors, C. W. Gortner. Mr. Gortner has written some of the most captivating and realistic novels about amazing women like Catherine de Medici and Isabella of Castile. Writing from a first person point of view, he not only brings these women to life but has the ability to make the reader believe that they are not reading fiction, but truly inside the head of these great and powerful women!!

Mr. Gortner, it is such a pleasure to have this chance to learn a little more about the man behind these amazing novels. I won't lie - I'm gushing all over the place as you are one of my favorite authors. Your work is completely mesmerizing and impossible to put down!

Thank you so much. I’m very honored. And flattered. And blushing . . . 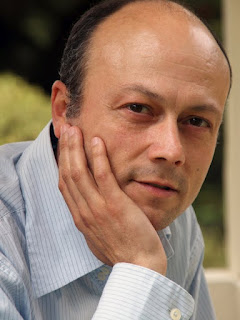 Please tell us about yourself.

In a nutshell: I was born in the US and raised in Spain (my mom is from Spain); I have always been an avid reader but didn’t always think I’d be a writer. I love animals and do as much rescue work as I can, especially pledging money to help get dogs out of high-kill shelters. Oh, and I’m addicted to shoes.

Could you give us an overview of "The Queen's Vow?"

The Queen’s Vow is the dramatic but rarely told story of young Isabella of Castile’s tumultuous struggle to win her throne, from her childhood as a forgotten princess to her dangerous adolescence when she was branded a traitor to her transformation as the famed warrior-queen who irrevocably changed Spain and the world. Here, Isabella tells us her story, starting with the death of her father and culminating in the most triumphant year of her reign: 1492.

What inspired you to want to write about Isabella?

My first novel, The Last Queen, covers the final twelve years of Isabella’s life as seen through the eyes of her daughter, Juana. I didn’t want to repeat that story; however, Isabella’s youth is relatively unknown to most readers, a fascinating story about an obscure princess who was ill-prepared to rule yet somehow found the strength to do it anyway. Though Isabella is one of history's most famous figures, responsible for sending Columbus to America, revered by some as a devout leader who transformed Spain into a world power and reviled by others as a fanatic who ushered in an era of persecution, very few of us know her as a neglected child contending with a mentally ill mother, as a passionate woman willing to risk her life to marry her true love; as a Renaissance leader, patron of the arts, and scholar, whom no one believed was destined for greatness. Growing up in Spain, Isabella was a tangible part of my life: I lived near a castle she once owned and visited Granada, where she is entombed. Also, many readers of The Last Queen wrote to me to say how fascinating they’d found Isabella as a character; when the time came to present a new proposal to my editor, following my second novel The Confessions of Catherine de Medici, I thought Isabella would be a great choice. Not only did I want to return to her world but I had a unique story to tell, about a woman who is very different from my previous ladies.

I have read all your Queens novels and I am amazed with how realistic every woman is. You seem to climb right inside their heads and know exactly how they would feel in their situations. Being male, do you find it difficult at times to give them such a real voice?

I don’t really find it difficult, perhaps because I was raised in a family of strong women; I grew up hearing their stories, their secrets, the ways women communicate. I was the little boy under the table when my aunts sat down for cigarettes and coffee; I absorbed their language in the same way that children absorb any language. So, it doesn’t feel strange to me to write in a woman’s voice. In addition, our emotional makeup isn’t defined by gender: men and women, we feel the same emotions, but we’re taught by society how we should or should not express them. The challenge is to not inject my personal bias or opinions onto these women. While I often don’t agree with what they think or do, it’s who they are that matters, not who I think they should be. In a way, I must restrain my own personality in order to inhabit the character I’m writing. The reader shouldn’t see me; they should see Juana, or Catherine, or Isabella. Another challenge is to build an emotional portrait that is true to what we know about these women and expand on often few facts in a realistic manner, so that the women become to you, the reader, complex and plausible, with their particular strengths and flaws. I also never want characters to be carbon copies of each other: they must each have their own voice, because these are distinct women, with different personalities. I work hard to ensure that they can stand on their own. 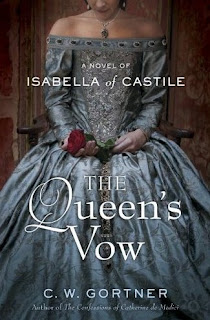 How long does it take to research each woman before you are comfortable enough to start writing about them?

I’m always researching, even when I’m writing. It’s hard to say exactly how long it takes because I’ve been studying my subject matter since I was a boy, long before I thought I’d publish a novel. History enthralls me: I read history for fun. So, in a way, my research has been going on for many years, and when a subject comes up, it’s a matter of refreshing and deepening my focus. When I’m starting to work on a project, I do spend at least two months developing a psychological and emotional blueprint for my character, after the bulk of the main research is done. I’m also the kind of writer who researches as I go; I cram enough in to start, and when I hit a block or obstacle, I return to my sources for inspiration. But I do have to know enough about the character’s inner life first: I have to know who she is when she starts her story and who she’ll be when it ends. Facts are easy enough: she was born on X date, she went here on X date, this happened, then that happened, etc. How she felt is a different matter.

Who or what was your biggest influence in your decision to become a writer?

I’d have to say my father. I’ve always written; my mom remembers me making up stories in my childhood and writing them down in spiral notebooks, and illustrating the covers, too. But I never took it seriously, in the sense that I wrote for myself, never thinking I might actually make a living at it. However, in my mid-twenties, after writing a few contemporary novellas and trying my hand at a fantasy epic, I decided to write my first historical novel. My father wanted to read it and so I eventually gave him the manuscript. He called me up after he read it to say he thought I had talent and I should consider finding an agent so I could publish my book. My father wasn’t given to idle flattery, so I took his suggestion seriously. I didn’t know the first thing about publishing or agents, but because of his encouragement I set out to learn. Nearly fourteen years would pass until, after much trial and error, two of my historical novels were sold at auction to Random House. I often think that if my dad hadn’t said, “Hey, why don’t you try to get published?” I might never have had the courage to do it, or to keep at it even when it seemed as if it would never happen.

I know some authors have strange or unusual rituals they must follow when they write. What's yours?

Nothing exotic: I need quiet; I can’t even listen to music. I also drink lots of strong, sweet tea. I used to smoke, but since I quit, tea has become my new vice. I also like writing in a familiar place, such as my study at home, with my research at hand, and my dog at my feet. I am disciplined: I write every day, and I fret if I’m not writing or feel as though I’m not doing a good enough job. The first draft of a book is always a mess, so the real fun doesn’t happen until I get that first draft done. For me, the joy of writing is re-writing; I love deepening a story, cutting what doesn’t work, conjuring what does, polishing and refining and finding cadence in the words. Writing is very tough because you can feel that a book is never finished, never fully realized. There’s always another layer, another path not taken, choices you must make; but it’s also the exciting part for me. Every book is its own monster, which you wrestle to the ground and mold into the story you hope to tell.

What things do you enjoy doing when you aren't working?

I love to read; I still manage to read at least 20 novels a year, in addition to my research books. I also love to walk with my dog, yak on the phone with my friends, go out to eat with my partner, travel, and, of course, shop! Though my lifestyle doesn’t have much call for fashion these days, I still love it.

If you could spend one day with anyone, living or dead, who would it be and why?

My father; I would love to see him again. He passed away when I was twenty-nine. Now that I’m in my forties, I miss him more than ever. I’m nearing the age he was when he died and I often wonder how our relationship might have evolved, how much more we might have found to talk about and share.

Would you share one thing most people don't know about you?

I never drink alcohol, except for the very rare glass of wine. I don’t like the taste.

Please tell us about your next project.

I’m currently writing the story of Lucrezia Borgia, covering her so-called Vatican years, from her indulged youth as the illegitimate child of an ambitious Spanish churchman to her thrust into notoriety as the pope’s daughter and dangerous struggle to survive her family’s lethal ambitions. Once again, I’ve found myself drawn to a woman who’s been vilified by history. The book will be published by Ballantine, Random House, in 2014.

I’m also preparing the outline for the third book in my Elizabeth I Spymaster Chronicles; the second book (after The Tudor Secret) is titled The Tudor Conspiracy and is scheduled for publication by St Martin’s Press in the US, and Hodder & Stoughton in the UK, in 2013.

Thank you, Mr Gortner, for taking time out of your busy schedule. It has been a real pleasure getting to know you!

Thank you for having me. I hope your readers enjoy The Queen’s Vow. To learn more about my books, please visit my website: www.cwgortner.com