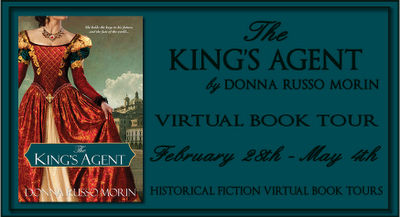 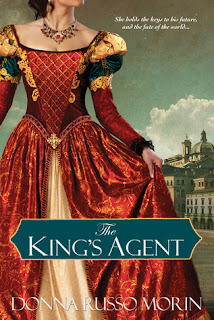 To the casual observer, Battista della Paglia is an avid art collector, or perhaps a nimble thief. In reality, the cunning Italian is an agent for François, the King of France, for whom he procures the greatest masterpieces of the day by any means necessary. Embroiled in a power struggle with Charles V, the King of Spain, François resolves to rule Europe's burgeoning cultural world. When he sets his sights on a mysterious sculpture, Battista's search for the elusive objet d'art leads him to a captivating woman on a mission of her own. . .

Having spent her life under the controlling eye of her protector, the Marquess of Mantua, Aurelia longs for freedom. And she finds it in Battista. Together, they embark on a journey to find the clues that will lead him to the sculpture-- a venture so perilous it might have spilled from the pen of Dante himself. From the smoldering depths of Rome to a castle in the sky, the harrowing quest draws them inextricably together. But Aurelia guards a dark secret that could tear them apart--and change the course of history. . .

Taking place during the 16th century in Italy, The King's Agent immediately whisks the reader back in time, drawing them into the story. This very well researched historical novel brings to life a time when the Renaissance was about to end. The cast of characters including Michelangelo plus the sights, sounds and smells are so well described one feels like they are there experiencing it all.


Centered around Battista, a thief for Francois, he encounters Aurelia, an overly protected woman who becomes an important part of his life. These two characters became my favorites as I followed them on their quest to solve the mystery that will take them on a journey that kept me on the edge of my seat.


Romance, mystery, magic, art, and even some fantasy fill the pages of The King's Agent, giving me  a few late nights as I sat reading well past my bedtime. It was impossible to put aside, as I had to know what was going to happen next!


This amazingly well written and well researched novel is the first I have read by author Donna Russo Morin, and will certainly not be the last! She has a wonderful style and beautiful prose that brings the characters and story to life and thoroughly enchants the reader.


Please note - this is an adult novel with some sexual content. 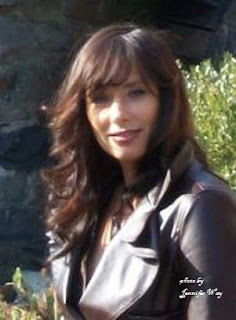 Donna Russo Morin was born in Providence, Rhode Island in 1958. Her writing endeavors began at age six and covered such timely topics as The Pink Pussy Cat for President and The   Numbers 2 and 4 are in Love.

Traveling through adolescence on the wings of the ‘60s gave Donna a lot of grist for her writing   mill. Feminism, civil rights, the Vietnam War were all a disturbing yet highly motivating muse.   Donna found her voice in fiction and with the appearance of a new horror writer on the book scene, a little known author named Stephen King, she turned her pen to the gruesome and the grotesque.

After graduating from the University of Rhode Island, Donna worked in marketing and advertising for large corporations and small non-profit arts organizations. When she had her children, she knew with a certainty that she needed to show them, by example, that if you believe in yourself, anything is possible.

In addition to writing and teaching writing, Donna has worked as a model and actor since the age of seventeen, when she did her first television commercial for Sears. Since then she has appeared in more than thirty television spots and print ads, everything from changing the oil in her car (that was acting) to modeling fur coats. She also appeared in three episodes of Showtime’s THE BROTHERHOOD, as well as in Martin Scorsese’s THE DEPARTED.

Donna lives peacefully, close to the beautiful shoreline of Rhode Island that she loves so much, with her two sons, Devon and Dylan, her greatest works in progress.


I received a copy of this book from the author/publisher for this tour. I was not required to write a positive review, but instead, one that gives my honest opinion.
Posted by tweezle at 12:00 AM