Mailbox Monday - Tons of Goodies This Past Week! 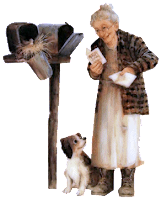 Mailbox Monday is hosted by a different blog every month. You can find which host when you visit Mailbox Monday and look at the left hand column. Anyone can play along. Just leave a link to your Mailbox Monday post at the Mailbox Monday host blog and follow the links to other blogs to see what books are finding their way to mailboxes around the world. WARNING!! Participation in Mailbox Monday can cause your "to be read" list to grow exponentially!!

This week was a great mail week for me!! 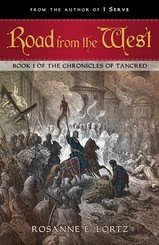 An ARC of:
Road from the West:
Book 1 of the Chronicles of Tancred
Author: Rosanne E. Lortz
Publisher: Madison Street Publishing
ISBN: 9780983671909

A tale of Courage, Conquest, Intrigue, and Honor.

You've heard of the Knights Templar, you've heard of Richard the Lionheart—now learn the story that started it all with the adventures of the First Crusade.

Haunted by guilt from the past and nightmares of the future, a young Norman named Tancred takes the cross and vows to be the first to free Jerusalem from the infidels. As he journeys to the Holy Land, he braves vast deserts, mortal famine, and the ever-present ambushes of the enemy Turks—but the greatest danger of all is deciding which of the Crusader lords to trust. A mysterious seer prophesies that Tancred will find great love and great sorrow on his journey, but the second seems intent on claiming him before he can find the first. Intrigues and passions grow as every battle brings the Crusaders one step closer to Jerusalem. Not all are destined to survive the perilous road from the West. 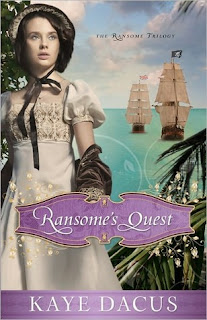 This fast-paced, engaging end to the Ransome Trilogy follows a tale of love and danger on the Caribbean Sea in the early 1800s.

Commodore William Ransome is searching for his sister, Charlotte, who has been captured by Salvador, the infamous "Robin Hood of the West Indies." When word comes that his wife, Julia, has been kidnapped by the evil pirate, Shaw, Commodore Ransome and his crew frantically search the horizon for the two women he loves. After Charlotte is found, she emerges with revelations about Salvador's true identity and his willingness to help search for Julia. It's news that sends shockwaves through the family.

Will Commodore Ransome trust Salvador to help rescue his beloved wife? And what other secrets have been buried like long lost treasure in these waters? Romance, intrigue, and swashbuckling leaps of faith create a wonderfully heroic close to this beloved series. 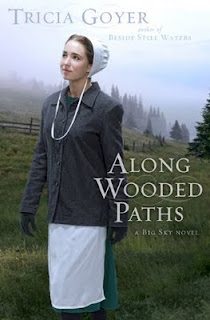 Although proud of living apart from the world, Marianna Sommer's newly relocated Amish family is discovering that life in the remote mountains of Montana requires working together with the Englisch. As Marianna pours her life into helping those around her-and receiving their help-her heart further considers two directions. She's torn between the Amish man from Indiana whom she has long planned on marrying and the friendly Englischer who models a close walk with God like she’s never seen before.

Who should have young Marianna's heart? What is God asking of her through ongoing family struggles and this romantic and spiritual tension? The answer is found along the wooded paths. 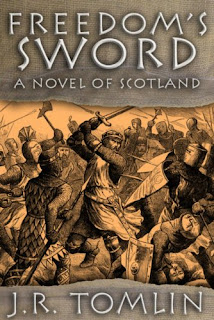 Before William Wallace... before Robert the Bruce... there was another Scottish hero... In 1296, newly knighted by the King of the Scots, Andrew de Moray fights to defend his country against the forces of the ruthless invader, King Edward Longshanks of England. After a bloody defeat in battle, he is dragged in chains to an English dungeon. Soon the young knight escapes. He returns to find Scotland under the heel of a conqueror and his betrothed sheltering in the hills of the Black Isle. Seizing his own castle, he raises the banner of Scottish freedom. Now he must lead the north of Scotland to rebellion in hope of defeating the English army sent to crush them. 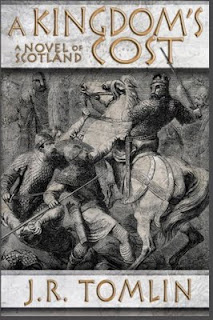 Eighteen-year-old James Douglas can only watch, helpless, as the Scottish freedom fighter, William Wallace, is hanged, drawn, and quartered. Even under the heel of a brutal English conqueror, James's blood-drenched homeland may still have one hope for freedom, the rightful king of the Scots, Robert the Bruce. James swears fealty to the man he believes can lead the fight against English tyranny. The Bruce is soon a fugitive, king in name and nothing more. Scotland is occupied, the Scottish resistance crushed. The woman James loves is captured and imprisoned. Yet James believes their cause is not lost. With driving determination, he blazes a path in blood and violence, in cunning and ruthlessness as he wages a guerrilla war to restore Scotland's freedom. James knows he risks sharing Wallace's fate, but what he truly fears is that he has become as merciless as the conqueror he fights. 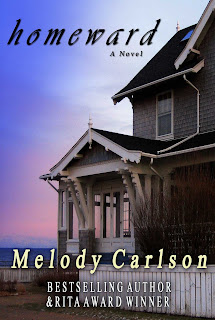 From bestselling author Melody Carlson comes this award-winning story of three generations of Lancaster women. For twenty years Meg Lancaster has avoided Briar Hedge, the Lancaster family estate. Now she has been drawn back to her grandmother's home to uncover secrets that have been hidden for decades and to try to regain the family she long ago abandoned. 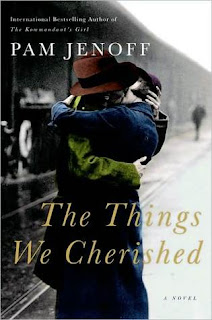 An ambitious novel that spans decades and continents, The Things We Cherished tells the story of Charlotte Gold and Jack Harrington, two fiercely independent attor­neys who find themselves slowly falling for one another while working to defend the brother of a Holocaust hero against allegations of World War II–era war crimes.

The defendant, wealthy financier Roger Dykmans, mysteri­ously refuses to help in his own defense, revealing only that proof of his innocence lies within an intricate timepiece last seen in Nazi Germany. As the narrative moves from Philadelphia to Germany, Poland, and Italy, we are given glimpses of the lives that the anniversary clock has touched over the past century, and learn about the love affair that turned a brother into a traitor.

Rich in historical detail, Jenoff’s astonishing new work is a testament to true love under the worst of circumstances. Serena Donovan left London six years ago, her heart broken and her reputation ruined by devilishly handsome Jonathan Dane. Now, with her family's future in peril, she reluctantly agrees to return to England and assume her late twin's identity. The price? Marry a man she doesn't love and spend the rest of her days living a lie.

Jonathan Dane, Earl of Stratford, has become an incorrigible rake, drinking, gambling-and trying to forget Serena Donovan. Yet the moment he's introduced to the prim and proper "Meg", he recognizes the sensual young woman who captured his heart. Haunted by his past mistakes, he refuses to lose Serena again. But convincing her to trust him is no easy task. Claiming his lost love means exposing the truth and destroying the life Serena has sacrificed everything to rebuild. With the future of all the Donovans at stake, and their undying passion capable of triggering yet another scandal, how much will Jonathan and Serena risk for a chance at true love? 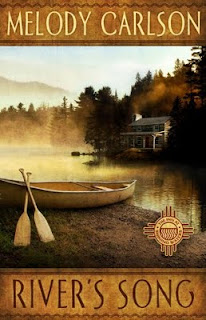 Following her mother’s funeral, and on theverge of her own midlife crisis, widow Anna Larson returns to the home of her youthto sort out her parents’ belongings, as well as her own turbulent life.

For the first time since childhood, Anna embraces her native heritage,  despite the disdain of her vicious mother-in-law.

By transforming her old family home on the banks of the Siuslaw River into The Inn atShining Waters, Anna hopes to create a place of healing—a place where guests experience peace, grace, and new beginnings. Starting with her own family . . .