"The Perfect Blend" by Trish Perry

***Special thanks to Karri James of Harvest House Publishers for sending me a review copy.*** 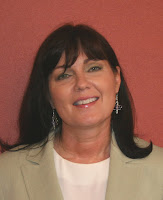 Trish Perry is an award-winning writer and editor of Ink and the Spirit, a quarterly newsletter of the Capital Christian Writers organization in the Washington DC area. She has published numerous short stories, essays, devotionals, and poetry in Christian and general market media, and she is a member of the American Christian Fiction Writers group.

Steph Vandergrift was jilted in a truly beautiful place.

She focused on her surroundings so she wouldn’t break down and openly sob in front of people passing her on their way to work. Eyes blinking and chin quivering, she desperately sought distraction in the old stone buildings, lush spring greenery, and fragrant wisteria and lavender from the well-tended landscape nearby.

Rick told her she would love Middleburg, one of the most charming little towns in northern Virginia. When he proposed—

She breathed deeply against the urge to wail as if she were at an ancient European funeral.

When Rick proposed, he said she would even love his law firm’s stately, historic building. This was where she sat now, her dark bangs in her eyes. Despite the warm spring air, she huddled outside on the front steps, certain her brain—or surely her heart—would burst if she didn’t stop and collect herself.

She swallowed hard. She stood and dusted off her short flared skirt in an attempt to look nonchalant while she sized up her situation. Where was she going to go? Where? She wiped away a tear, but another one swiftly took its place. She needed to not do this here, in the middle of this quaint old town.

God, what do I do now? Please tell me.

Across the street a middle-aged woman stepped out the front door of a small building, the white-painted stone of which was gorgeously weathered. She bent to lift a watering can, and her loose blond curls fell forward. She tended to the flower boxes that hung, moss-laden, from green-shuttered front windows. Then she seemed to sense someone watching her. She turned around and smiled at Steph before calling out to her.

“Good morning, dear. Are you all right over there?”

Steph took a few steps away from Rick’s building and tried to look purposeful. She managed to say, “Yes, I—” before her throat seized and then released a torrent of weeping and incoherent babbling.

So much for her stoic resolve.

Within seconds the woman was across the street and at Steph’s side. She smelled like vanilla and strawberries.

“You poor girl. Whatever is the matter?”

The woman enveloped Steph with her free arm, the other still holding the watering can, and steered her toward the little stone house across the street.

“You just come with me this instant. You mustn’t stand out here all alone like this.”

Yes. That was it. She was all alone. Rick had lured her away from everyone she loved. Everything she knew. She had left them all to marry him. It seemed like such a romantic notion, to elope after her parents had expressed their disapproval of Rick. And then what did the dirtbag do but desert her here?

The enticing smell of fresh-baked bread wafted all around them when they entered the little shop. Despite her anguish Steph sensed a rumble in her stomach. She thought she must be more beast than damsel to actually harbor hope for a pastry or two in the middle of this catastrophe.

“You have a seat right there.” The woman coaxed her into a wicker chair at one of the lace-covered tables in the dining area. “What you need is a nice, soothing cup of chamomile. Just give me a moment.” Before she went too far away, she stepped back to the table and placed a box of tissues within Steph’s reach.

Once Steph was alone again, reality descended. What was she going to do? Granted, she hadn’t walked out on a stellar career. She could get another job selling men’s suits in just about any department store, she supposed. But she didn’t know anyone here in Middleburg. Should she hang her head and drag herself back home to Baltimore? Why had she made such a scene before leaving? She hadn’t quietly sneaked away. No, she had to pull an all-out, in-your-face confrontation with her parents. A dramatic disconnect with her friends and roommates. And all of them had simply been trying to save her from exactly what just happened.

As she had always feared, her judgment was completely whacked. She had forgotten plans for any long-term career once she and Rick became serious. She thought she would spend the rest of her life married to an up-and-coming real estate attorney and raise their two perfect children and faithful dog in this adorable, classy town. Why had she believed that would happen simply because Rick said it would?

It finally dawned on Steph that the woman had a faint accent. British? That would fit with this cute little shop, with its delicately flowered wall-paper and elegant china cabinets. The small, framed paintings hanging here and there looked like scenes of the British countryside.

The woman set a serving tray on the table and placed each item in front of Steph. A white porcelain china pot, painted with miniature violets, from which she poured tea into a delicate rose-covered cup and saucer. A plate with a couple of triangular biscuits on it. They smelled like butter and sweetness. And two dainty bowls: one holding strawberry preserves, and the other holding what looked like sour cream.

Steph realized she was able to stop crying as long as she stopped focusing on herself for a moment. She looked up and pressed a tissue against her nose. “Thank you so much. You didn’t have to—”

“No need for that. Go on, now.” The woman gestured at the food and tea and sat down across from Steph. Her gentle blue eyes reminded Steph of her mother during better times. “You’ll feel better if you have a bit to eat and some nice, relaxing tea.”

As soon as Steph lifted one of the biscuits, the woman said, “I’m Millicent Ashford Jewell. Everyone calls me Milly.”

“Steph.” She spoke around an absolutely delicious bite. She rubbed crumbs from her fingers and shook Milly’s hand. “Steph Vandergrift. Thank you for being so kind.”

Milly smiled and put a spoon of the cream on Steph’s plate for her. “Clotted cream. One of God’s great gifts, in my opinion. Marvelous on the scones.”

Clotted cream. Now that sounded downright nasty. But Steph was a self-admitted people pleaser, and she had never been one to ignore God’s great gifts. So she put a little of the cream on her next bite of scone. And then nearly moaned, it was so fantastic.

Milly stood. “I have a few matters to tend to in the kitchen. Feel free to walk back and get me if you need me. We don’t stand on ceremony around here.”

The shop door opened as Steph swallowed a sip of tea. She followed Milly’s delighted gaze toward the door and took another nibble of scone. Mmm. “Absolutely yummy.”

A crooked smile spread across the face of the young man who walked through the door. He looked directly at Steph and acted as if her comment were all about him. With a lift of his eyebrows and a tilt of the head, he said, “Well, thank you very much.”

Milly laughed and approached him. They hugged each other.

“Welcome back, stranger,” Milly said. “How was vacation?”

Steph didn’t pay much attention to their conversation after that. The man seemed to be in a hurry, which was fine by her. Otherwise she feared Milly might want to introduce them. She’d rather a man that attractive not look at her too closely right now.

Steph watched his warm brown eyes, which never seemed to lose their smile. She noticed he never once messed with his short, tousled blond hair or fussed with anything else about his looks. Yet, when he walked with Milly toward the kitchen, Steph saw how perfectly, yet casually, he was dressed and groomed.

Her heart was broken, thanks to Rick’s wimpy, childish retreat from her life. But Milly’s chamomile tea and warm scones made her feel a little better. And despite her circumstances and the many question marks in her immediate future, she was still able to appreciate a good-looking man. She leaned sideways to watch him at the kitchen door until he disappeared from view. He and Milly were out of earshot, so Steph surprised only herself when she whispered it again.

"The Perfect Blend" is truly the perfect blend of humor, trials of life, faith and romance. It is just one of those books that you love to snuggle with and read on a quiet afternoon. Make sure to reserve a nice block of time, because you won't want to put it down once you get started!

I really enjoyed the whole storyline of a young woman looking to find herself after she was stood up "at the alter". I found her journey and faith, as well as her self-doubt, made her an interesting although somewhat of a bubble-headed character at times.

There were so many great characters in this story, which made this a cozy and heartwarming read. I just wanted to get to know everyone and spend time with them as they all had such interesting outlooks on life. I was sad that the book ended and really look forward to the next in the series. Actually, I can't wait it to come out!! I am looking forward to spending more time with all the lovely people in Middleburg.
Posted by tweezle at 9:50 AM