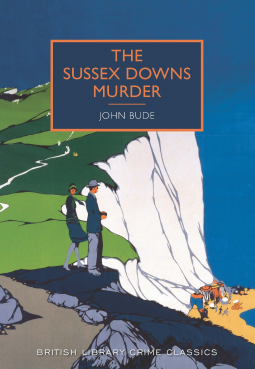 
'Already it looked as if the police were up against a carefully planned and cleverly executed murder, and, what was more, a murder without a corpse!’

Two brothers, John and William Rother, live together at Chalklands Farm in the beautiful Sussex Downs. Their peaceful rural life is shattered when John Rother disappears and his abandoned car is found. Has he been kidnapped? Or is his disappearance more sinister – connected, perhaps, to his growing rather too friendly with his brother’s wife?

Superintendent Meredith is called to investigate – and begins to suspect the worst when human bones are discovered on Chalklands farmland. His patient, careful detective method begins slowly to untangle the clues as suspicion shifts from one character to the next.

This classic detective novel from the 1930s is now republished for the first time, with an introduction by the award-winning crime writer Martin Edwards.

There is something about a good British mystery that can't be topped. From the way the mystery is presented to the inquisitive detective, the Brits just know how to draw the reader in and keep them captive from beginning to end and believe me, "The Sussex Downs Murder" is no exception.

From the opening pages, we meet John and William Rother. Both run a business making and selling lime. When John leaves on a trip, he says goodbye to his brother and his wife, reminding the brother to take good care of the business. John's car is found abandoned with other clues that scream foul play.

Enter Superintendent Meredith... He has been called to lead the investigation and he leaves no stones upturned as he searches for answers - following lead after lead and suspecting first one then another. Full of great red herrings, this book will leave the reader guessing through to then end.

This captivating mystery was written in 1936 by Ernest Carpenter Elmore, an English theatre producer and director who penned his mystery novels under the pseudonym John Bude. He published more than 30 crime novels, this being the 3rd. Elmore died at the young age of 56 in 1957.

Recommended to those that love British mysteries, Agatha Christie, or any well written mystery that has some good red herrings!


I received a copy of this book from NetGalley courtesy of the publisher. I was not required to write a positive review, but instead, one that gives my honest opinion.
Posted by tweezle at 12:10 PM