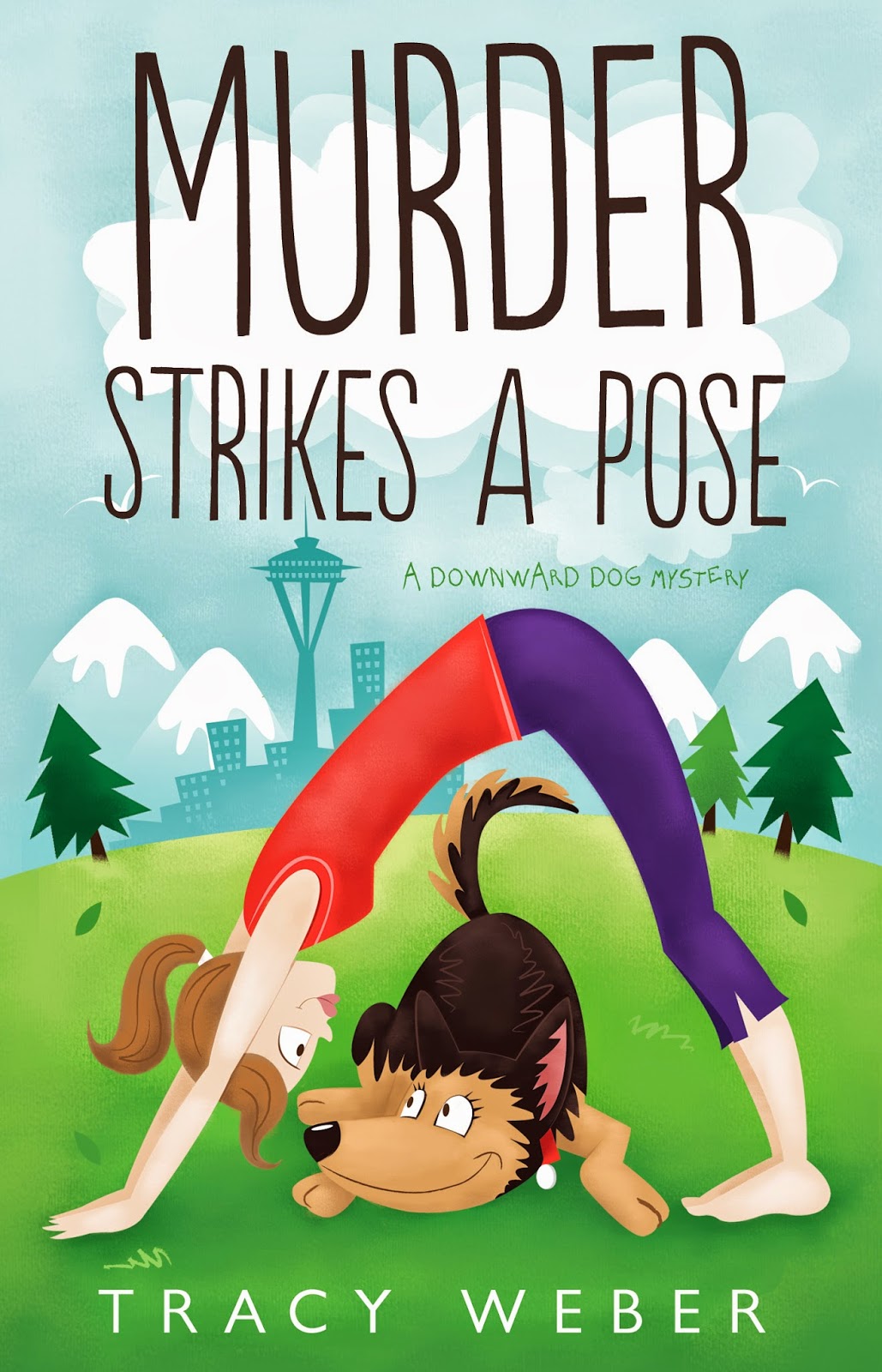 When George and Bella—a homeless alcoholic and his intimidating German shepherd—disturb the peace outside her studio, yoga instructor Kate Davidson’s Zen-like calm is stretched to the breaking point. Kate tries to get rid of them before Bella scares the yoga pants off her students. Instead, the three form an unlikely friendship.
One night Kate finds George’s body behind her studio. The police dismiss his murder as a drug-related street crime, but she knows George wasn’t a dealer. So Kate starts digging into George’s past while also looking for someone to adopt Bella before she’s sent to the big dog park in the sky. With the murderer nipping at her heels, Kate has to work fast or her next Corpse Pose may be for real.

"Murder Strikes a Pose" is a fun cozy mystery which centers around the death of a homeless man. Was is an accidental death or was it outright murder? The spunky yoga studio owner and instructor, Kate Davidson, has her theories and she's not letting anything stop her from finding out if she's right.

I thoroughly enjoyed both the story line and the characters in this cozy. I sadly must admit that the first time I saw this book, I passed it up because it was centered around a yoga instructor and I wasn't sure how much I would grasp or enjoy it. I'm glad I went back for another look, because the whole story was fun from the main character and her hang-ups to the less than perfect German Shepherd, Bella. I also loved that George was given value in the story and not just looked at as a total nuisance.

"Murder Strikes a Pose" is a great start to a new cozy series called "Downward Dog Mysteries" and one that I will be anxiously awaiting the publication of the next book "A Killer Retreat" in January 2015. I can't wait to see what Kate and Bella get involved in next!

This series would appeal to the yoga student as well as the dog lover as well as anyone who just enjoys a fun, cozy mystery. Make sure to add it to your summer reading list - you'll be glad you did!

My writing is an expression of the things I love best: yoga, dogs, and murder mysteries.

I'm a certified yoga teacher and the founder of Whole Life Yoga, an award-winning yoga studio in Seattle, WA. I enjoy sharing my passion for yoga and animals in any form possible.

My husband and I live with our challenging yet amazing German shepherd Tasha and our bonito flake-loving cat Maggie. When I'm not writing, I spend my time teaching yoga, walking Tasha, and sipping Blackthorn cider at my favorite local ale house.


Catch Up With the Author:

a Rafflecopter giveaway
Posted by tweezle at 12:00 AM