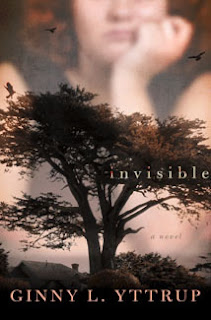 
Ellyn DeMoss -- chef, café owner, and lover of butter -- is hiding behind her extra weight. But what is she hiding? While Ellyn sees the good in others, she has only condemnation for herself. So when a handsome widower claims he’s attracted to Ellyn, she’s certain there’s something wrong with him. Sabina Jackson -- tall, slender, and exotic -- left her husband, young adult daughters, and a thriving counseling practice to spend a year in Northern California where she says she’s come to heal. But it seems to Ellyn that Sabina’s doing more hiding than healing. What’s she hiding from? Is it God? Twila Boaz has come out of hiding and is working to gain back the pounds she lost when her only goal was to disappear. When her eating disorder is triggered again, though she longs to hide, she instead follows God and fights for her own survival. But will she succeed? As these women’s lives intertwine, their eyes open to the glory within each of them as they begin to recognize themselves as being created in God’s image.

Four people, all intelligent professionals, are each struggling with a significant difficulty in their life. Three carry a secret that is crippling them and keeping them from being what God wants them to be. Each person's struggle is so personal they don't want to discuss it, and will do anything to hide it. As time goes on and friendships form, healing starts taking place in the most unusual ways and the message of God becomes clearer to each person.

This beautiful and emotional story kept me glued to the pages and at times I found it difficult to read. It was so emotional and personal for me, as I could relate to and identify with the characters. I know guilt so well and to follow these women and seeing and understanding their paths and choices was a true revelation for me.

The message of God's love is well represented in the pages of this story, and although there is a lot of faith discussion, it's not overwhelming nor does it overpower the story. It is, in my opinion, just perfect.

The lessons and message are as believable as the characters. (oh, and do I ever adore those characters!) When one finally finishes the last sentence, expect to carry this story in your mind and heart for a long time. It's not easily forgotten, nor are the characters!

"Invisible" is a MUST READ and NEEDS to be added to the TOP of your TBR pile immediately!

Many thanks to Julie of Handlebar Central and B&H Publishing for providing me with a copy of "Invisible" to read and review. I was not required to write a favorable review, but only one that states my honest opinion.